“Parking My Car at a Dealership, Then Trying to Buy It”

“Parking My Car at a Dealership, Then Trying to Buy It”

When it comes to buying a vehicle, we all know the drill. Sometimes, we just have to ...

When it comes to buying a vehicle, we all know the drill. Sometimes, we just have to deal with car salesmen and their tactics. However, every once in a while, maybe the script gets flipped on those car salesmen.

This time, we check in with a prank posted by BigDawsTV.  The creative minds behind this one decided that they wanted to take on the process of buying a vehicle except with a little bit of a twist. That twist would be that they would try to purchase a vehicle that wasn’t owned by the dealership.

Instead, the pranksters would come and park a vehicle on the dealership lot, dressing it with all of the things that one would typically find on a vehicle on a dealership lot. For example, papers were attached to the inside of the window, advertising the minivan and its features. The look was topped off with a sticker on the top corner of the windshield that would tell potential buyers what year the vehicle was.

However, unlike the other vehicles on the lot, this one was owned by our prankster instead of the dealership.

This time, we check in as the prankster pretends to be a potential customer. He acted incredibly interested in the van that the salesman didn’t seem to recognize. However, after a while, things start to come together and the guy almost actually gets the opportunity to purchase his own things.

Eventually, though, the prank is unveiled and the salesman figures out why things didn’t really feel quite right with this particular transaction. The part that we actually have to commend the prankster for is that he does pay the salesman for his time, giving him a couple of hundred dollars for his trouble – something that we would bet most wouldn’t bother to do after wasting someone’s time. 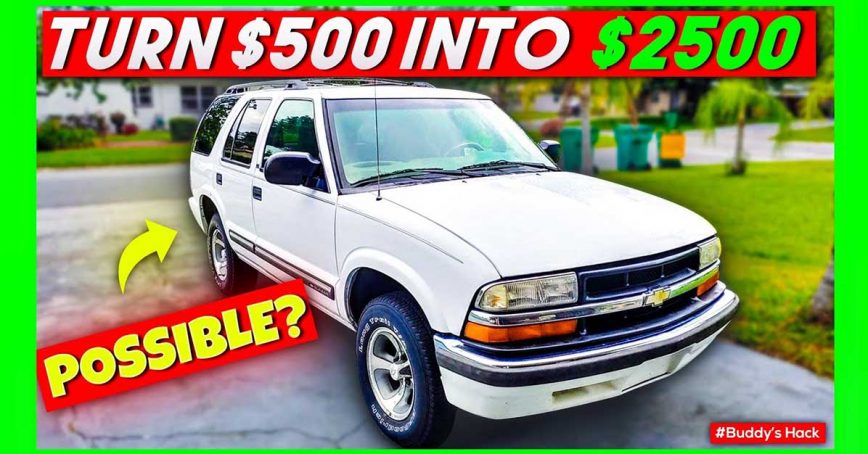