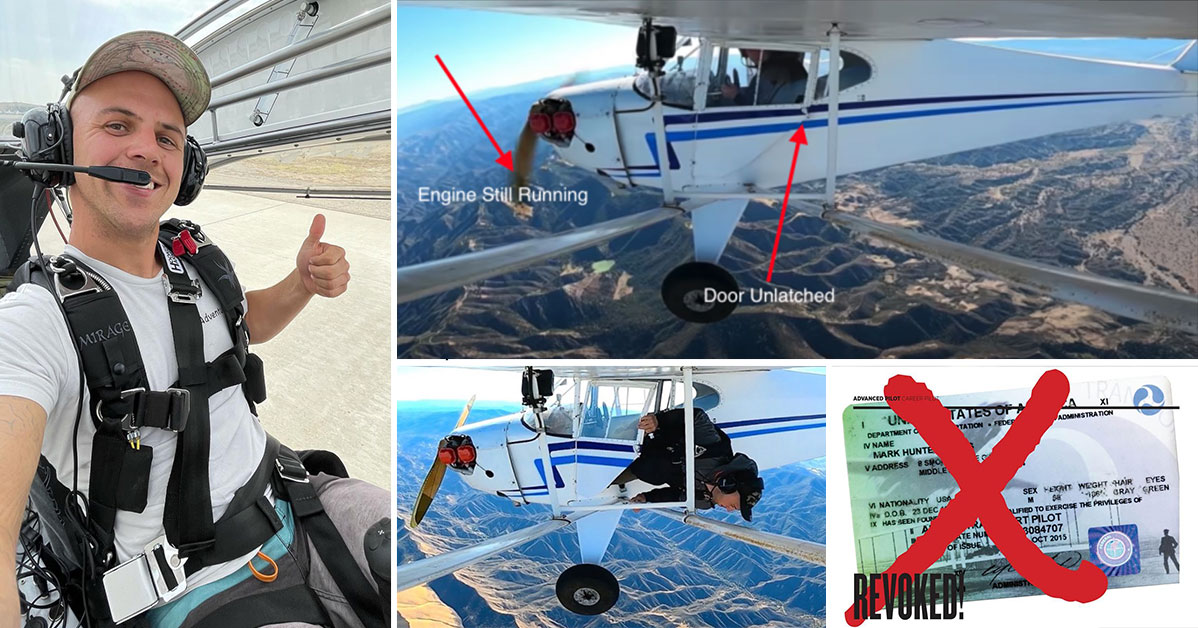 A couple of months ago, some might remember the incredibly viral video that appeared to show a pilot abandoning his malfunctioning aircraft in mid-air. The video that has since gone pretty viral features the aircraft crashing down to earth after its pilot says that the engine had failed.

Immediately following the incident, some folks seemed to be pretty skeptical, implying that it kind of felt like a publicity stunt and perhaps was faked. Now, this sort of skepticism is internet 101 and happens all the time. However, it seems as if the naysayers have been backed up by the governing body itself.

Fast forward to April and we find out that the FAA actually agrees with the skeptics. Due to a couple of factors like the pilot failing to try to restart the engine, failing to contact air traffic control, and failing to attempt to find a safe place to land, the FAA deemed that the plane was purposely crashed. We assume that if this is the case, it was likely a publicity stunt to get this YouTube channel off of the ground.

Ironically enough, the video posted by the pilot himself was all the evidence needed to get the ball rolling.

Since then, the FAA did revoke the pilot’s license and says that he won’t be able to apply for reinstatement for another year.

In response to the news and a variety of different news outlets picking up the story, the pilot, Trevor Jacob, hopped on YouTube and made a video of his own. It would appear as if the YouTube creator had a flippant attitude, even going so far as mocking those who pointed out the aspects of the video that looked suspicious. Long story short, regret and remorse just aren’t a part of the script here.

Down in the video below, we’re shown a couple of the news reports along with the retort from the pilot himself.