Purchased in Complete Disrepair for $350,000, “Golden Sahara” is Now a Million-Dollar Ride

Purchased in Complete Disrepair for $350,000, “Golden Sahara” is Now a Million-Dollar Ride

There aren’t too many cars in the world that can say that they lay claim to a ...

There aren’t too many cars in the world that can say that they lay claim to a seven-figure price tag. However, if a piece was constructed by the one and only George Barris, there’s a pretty good chance that it might be on that list. As one of the most iconic automotive designers of all time, Barris has really left his mark on automotive culture and pop culture alike which means that many of his creations bring top dollar.

This time, we check in with the car by the name of “Golden Sahara.”

Back in the late 50s and early 60s, the car was rather famous. It looked like something that a movie star of the time would drive as the retro-futuristic appearance really makes this rolling artwork stand out.

It is said that Barris actually thought of the idea for the car after he had gotten into an accident. The thought of the carnage of this accident would inspire an entirely new idea which is what we see here. The machine acts almost more like a rolling art piece than it does an automobile. In fact, we aren’t even sure if this is something that one would even be able to drive for any substantial distance.

Just to give an idea of how valuable a machine like this is, even when it was incomplete disrepair back in 2018, the machine was sold for $350,000. In other words, somebody spent more money than would typically be spent on an average house in order to procure a car that needed a complete overhaul. However, the complete overhaul would be done and, with lots of hours and attention to detail later, the car is now believed to be worth at least $1 million.

By following along with the video below, we get the complete backstory of Golden Saraha and what it is that makes it so special along with its fall and eventual rise back to prominence.

The 10 Most Expensive Things Owned by Elon Musk 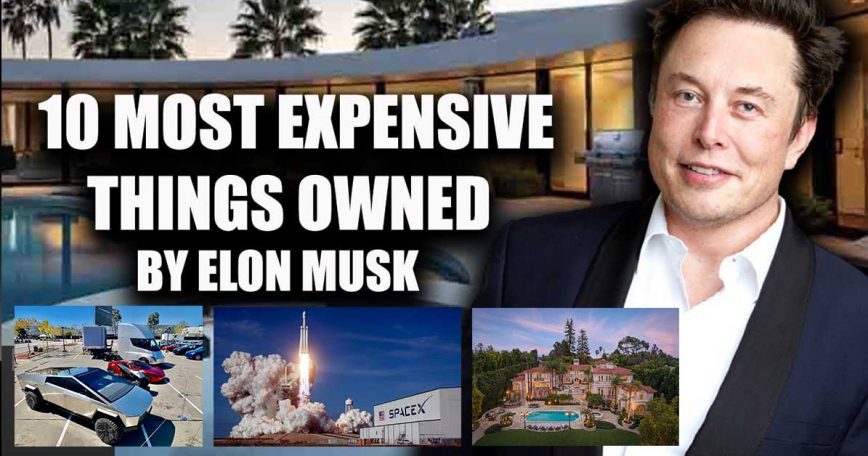