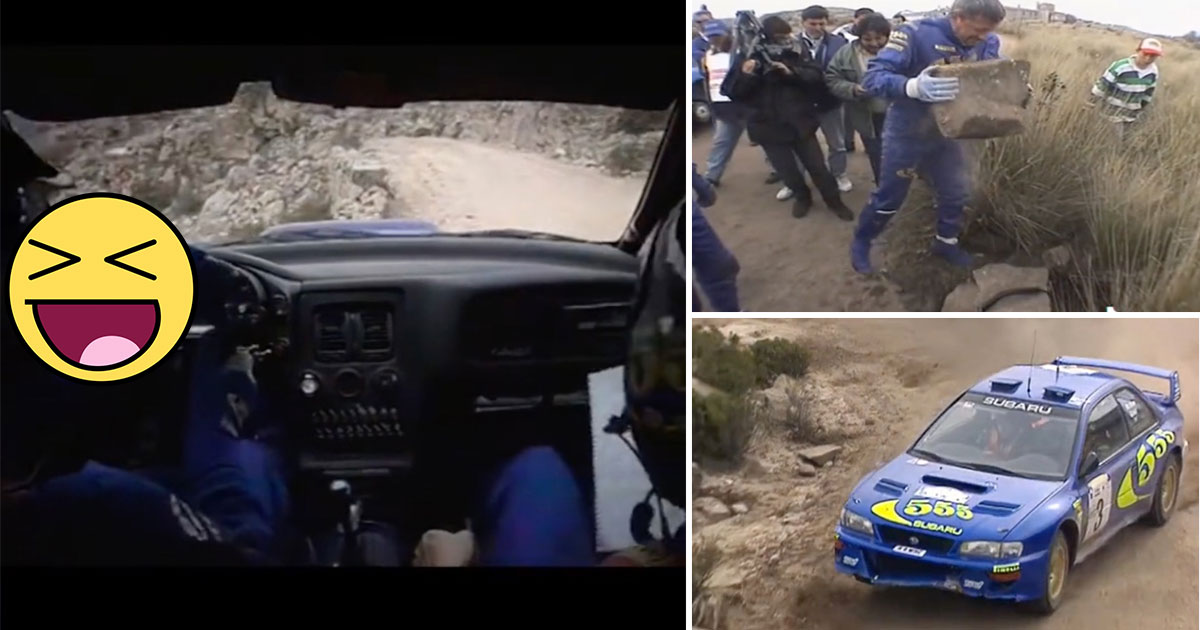 If you’re unfamiliar with Colin McRae, his spotter Nicky Grist,  and their iconic run in the 1998 Argentina rally, we have to say that the effort might just show one of the most resilient attempts in all of motorsports history and I don’t even think I’m exaggerating here.

As is generally the case during a rally race, this one got a little bit tumultuous. While the terrain in this sort of competition has unexpected bits for all drivers, running over a large rock in the middle of the racing surface is definitely something that is pretty hard to avoid and recover from. As it just so happened for this team scooting along in their Subaru Impreza, that was exactly the case and unfortunately, it did some pretty rough damage to the car’s suspension.

In fact, the damage was so bad that the team decided that they wanted to pull over in the middle of the race and try to fix it. However, the car’s underside was so twisted that they couldn’t even manage to get the wheel off. This is when they came up with an unconventional plan that we couldn’t help but love. Instead of calling it quits, they decided to drive on the tire until it popped, potentially giving them enough space to pull the wheel off and maybe have a shot at working on something underneath the car.

After doing exactly that, the burst tire would give the team just enough space to be able to work on the car as they had planned. Unfortunately, when the wheel was off, they found that they bent a control arm pretty severely. Not just that but the Impreza had to finish two more stages before it could be properly serviced.

This is when the real magic happens.

Right there in the middle of nowhere in Argentina, the crew got to work, removing the control arm and attempting to bend it back into place. Being in the middle of a field, all that they had to work with would be a couple of rocks. Using nothing more than tools that cavemen would have access to, the two actually did manage to smash the control arm enough to straighten it out and get it back on the car. The undertaking came with a two-minute 30-second penalty but would allow the Impreza to proceed.

Under circumstances like this, most knowledgeable racing fans would probably guess that this car would be toast anyway even with its field repair done and allowing the car to continue to move. However, the Subaru would go on to set the quickest time in the following stage, something that is incredibly jaw-dropping, even to this day.

While the penalty was too much to overcome in order to win the event, the team still managed to maintain a fifth-place finish, something that definitely wouldn’t have been possible without a little bit of quick thinking and perhaps a touch of luck they created an intensely awesome rally story.