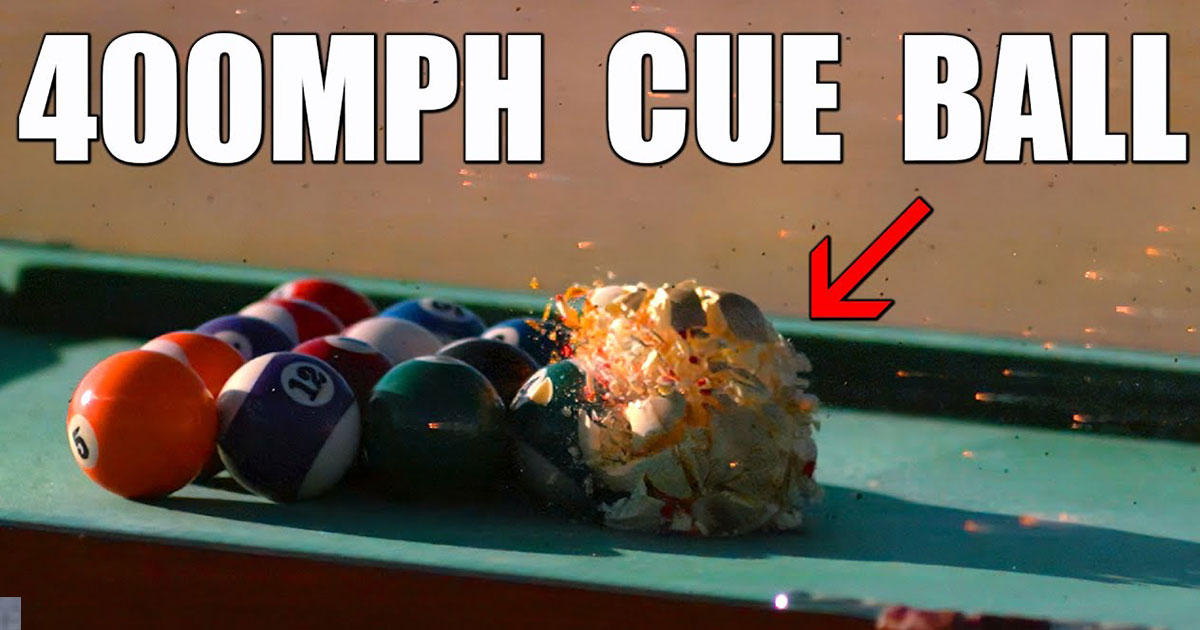 I know there are definitely some pool players out there who think that they have the break of a God. However, no matter how hard they can manage to line up their shot and break the balls from their rack, we can guarantee that nobody can hit as hard as the billiard balls flying in the most recent video from the crew over at The Slow Mo Guys.

Ever since The Slow Mo Guys have come on the YouTube scene, they’ve been fulfilling all of the oddly satisfying desires that we never knew we had until our host introduced them to us. In this particular outing, we get to see what exactly it looks like when a pool ball is blasted out of a cannon at 400 mph and makes contact with a rack of balls.

With the help of some pretty awesome equipment including a miniature cannon to break with and an 80,000 FPS camera, we’re able to see the action in incredibly slow motion to see exactly what it looks like when the pool ball makes contact with the others. Lining it up, though, might be a bit of a challenge as it took our hosts a couple of shots to get everything just right, destroying a couple of components in the process. When everything does align just right, though, our brains feel the rush of dopamine as the balls collide and truly create the most epic collection that we have ever seen.

With the video below, we dial ourselves in with yet another episode of action from The Slow Mo Guys. The next time that somebody tells you that they have the best break in all of billiards, that’s might be a good video to pull up because it’s going to be hard to top with a cue ball flying at 400 mph.