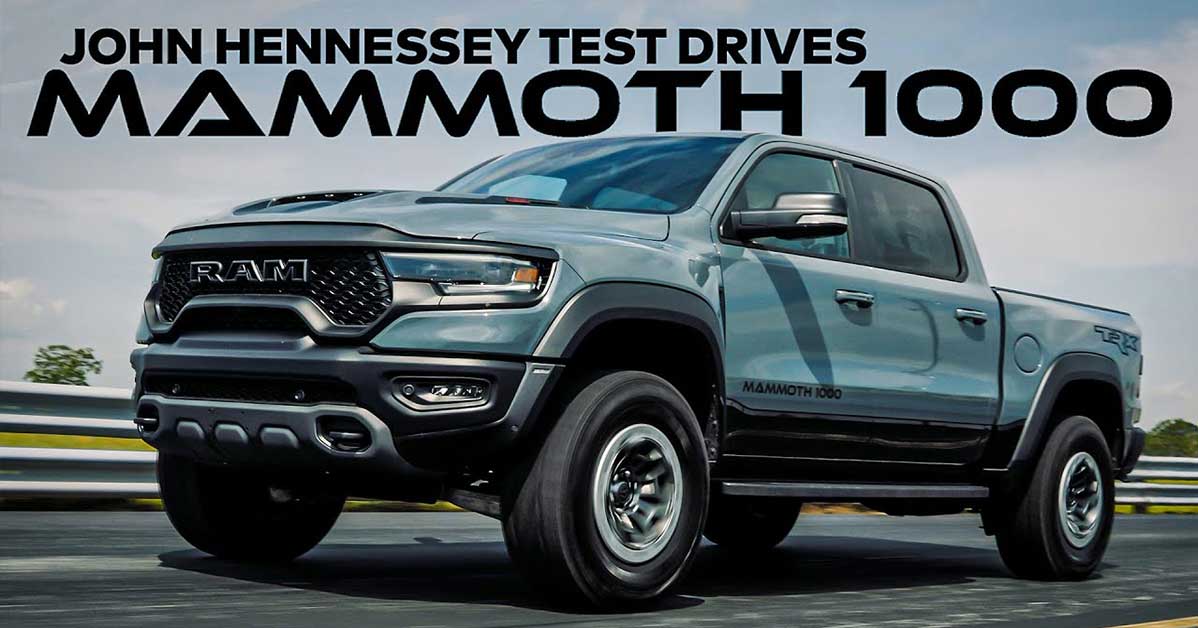 When it comes down to it, 700 hp is probably more than enough horsepower for 99% of drivers. In fact, we would probably venture to think that the vast majority of folks probably wouldn’t even know what to do with 700 hp. However, here in the car community, sometimes, we might find ourselves getting a little bit tired of just about anything that we come in contact with, even if it’s something as monstrous as the Ram TRX.

For those who aren’t too familiar with the truck, it’s basically the result of a madman at Dodge (and its affiliates) taking the power plant from a Hellcat, stuffing it under the hood of a pickup truck, and throwing a bunch of off-road components at that same pickup.

In any case, even if this thing is the most powerful pickup on the market by several hundred horsepower, some of us are so deranged that we just need more. I just so happen to be one of those people who might be interested in creating over 1000 hp from a truck so I completely get it. Apparently, John Hennessy and his crew over at Hennessey Performance really know what this urge is like as well.

Because of this, the crew has come up with a pickup truck that goes by the name of “Mammoth.” Essentially, what the truck does is it takes the already impressive platform and adds on top of it. With the Mammoth, customers will be able to get their hands on a couple of different packages, chief among them creating 1000 hp to play with.

This time, we get to check in with Hennessy himself as he takes us for a test drive with the Mammoth 1000 package to give us a better idea of what it’s like to drive such a monster. Hennessey says that he has taken the truck on a daily driving session and even took it to lunch but he also claims that it’s an easy mid to low 11-second quarter-mile performer. With a pickup truck of this size, we have to say that you can color us impressed.