Rebuilding a $1000 Race Boat in the Matter of Minutes 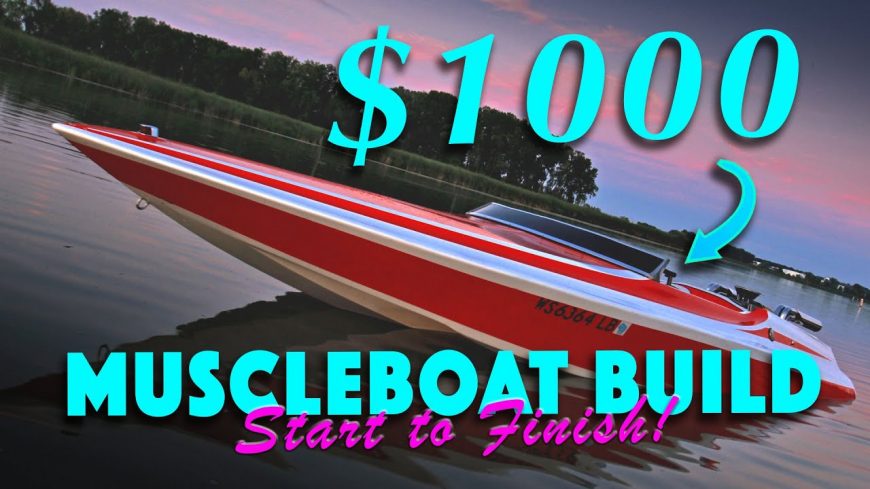 As they say, one man’s trash is another man’s treasure. Perhaps that’s one of the most exciting things about the performance community, no matter if it’s cars, boats, or any other high-performance application for that matter.

Just because something has been neglected and forgotten about doesn’t necessarily mean that it’s a total loss. A total gem could potentially be sitting around and just rotting in a garage but, with a little bit of elbow grease, could be brought back to life once again to be something incredibly awesome.

In this particular situation, that’s exactly what we get to take a look at as ADDvanced takes it upon himself to completely restore a boat that was in need of a lot of love. When we say “a lot,” we certainly aren’t exaggerating. Instead, when the boat was found, it was pretty far from being in good shape. Fortunately, the new owner was excited to find that the boat had most of its components there. The interior was there, the engine was there, and the sporty hull seemed to be in relatively good condition. However, just about everything needed a lot of attention in order to be brought back to life again.

This time, we get to check in for the best part of the project – the end when it all pays off!

In this video that spans just a couple of minutes, we’re able to check out the entire process that took this boat from something that would’ve done nothing more than float all the way to something that could be described as a showpiece.

At the end of the day, this just goes to show that all that’s standing between someone and their dream is a nice little barn find like this and a little bit of effort. OK, maybe it’s a whole lot of effort.