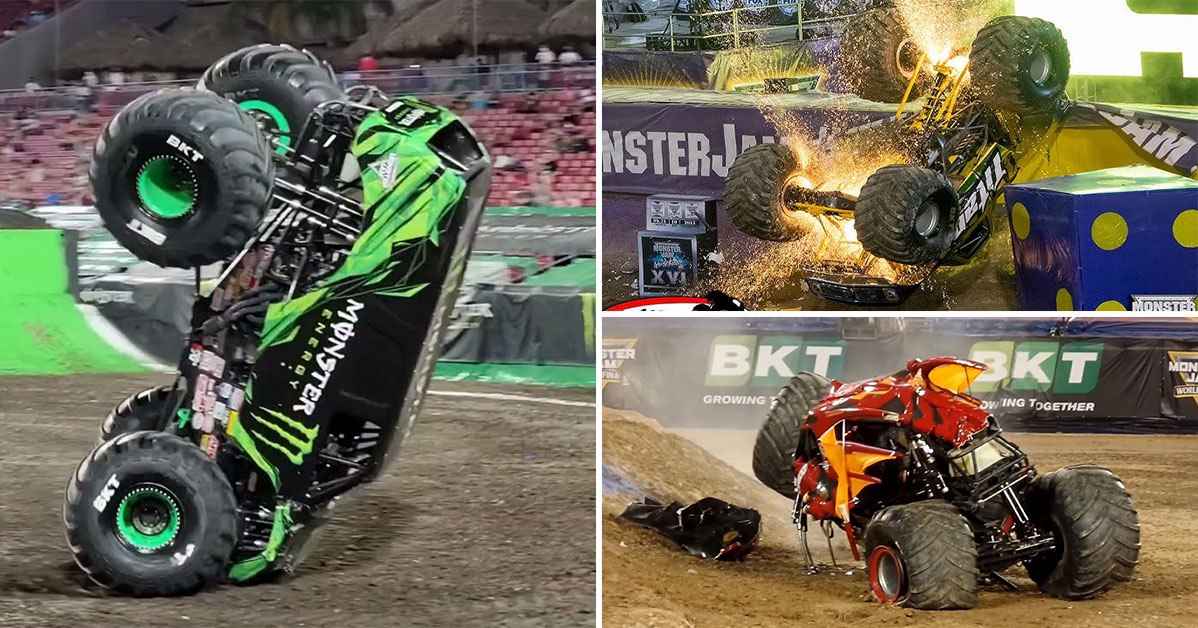 What goes up ultimately must come down. This is a mantra that we see unfold time and time again at Monster Jam events. With each and every event, it seems like gravity is downright defied as the super heavyweight monster trucks are launched off of ramps and into the air. Sometimes, they might even go so far as doing stunts, flipping over before landing back down on the ground once again.

However, with insane maneuvers like these, it’s not every time that they end up sticking the landing perfectly. Instead, there are situations where perhaps a truck comes down on its roof or maybe even ends up rolling over after attempting to turn tightly, not quite giving the truck enough space. At the end of the day, these trucks are very tall and awkward with a ton of horsepower to make them move. It takes a skilled driver to be able to keep them under control and even when a driver is skilled, sometimes, mistakes just come into the picture anyway.

This time, we check in with the video that compiles some of Monster Jam’s most insane crashes. Let’s just say that even though most of these stunts are planned and practiced endlessly, things don’t always go according to that well-laid-out plan. Instead, there are definitely some bumps and bruises that are not being thrown in the mix along the way.

There are a lot of reasons that folks come to visit Monster Jam events. Down in the video below, we get to check out some of the most adrenaline-pumping moments that have fans on their feet and cheering for the bravery of these drivers who are willing to take on such harrowing stunts even though they might not end up following through with the success they had wanted.