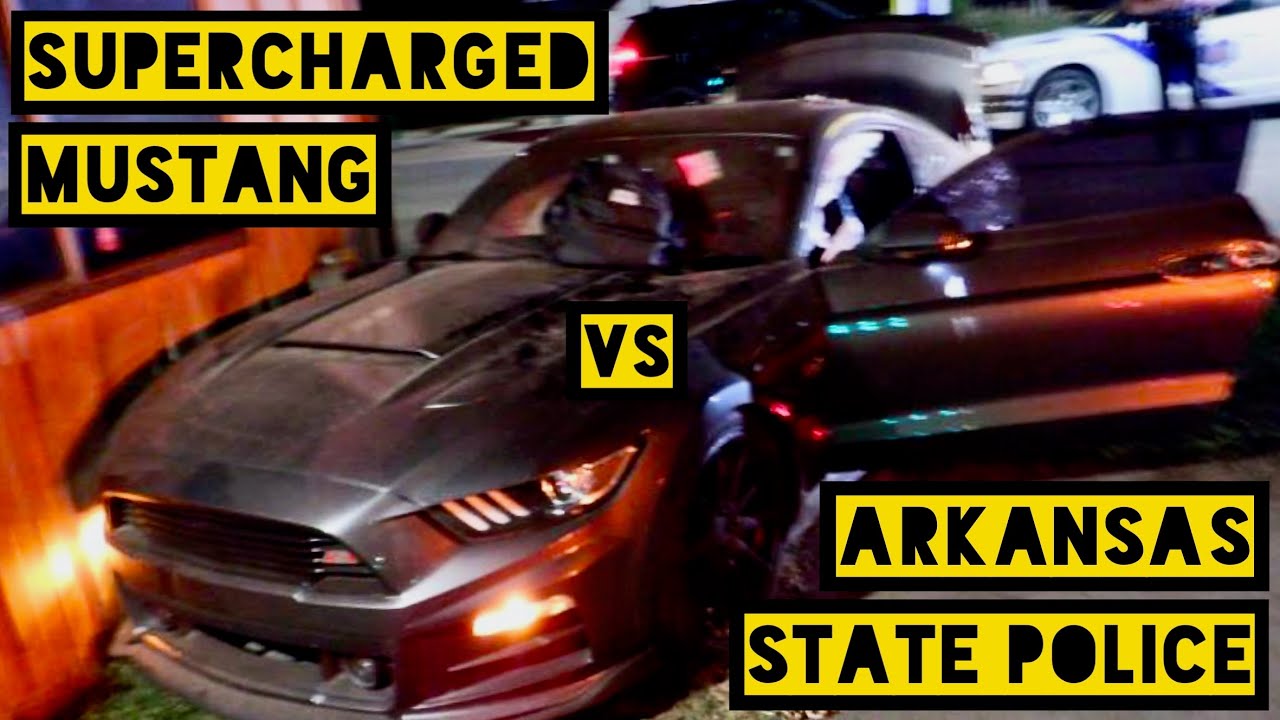 A driver behind the wheel of a supercharged Ford Mustang was apprehended following a wild police chase. The Mustang was said have been spotted on I-30 in Arkansas when an officer noticed the vehicle traveling at a high rate of speed. This officer activated his radar and the vehicle was shown to be traveling 78 mph in a 65 mph zone – definitely not the end of the world but apparently enough for a traffic stop.

This was enough to encourage the police officer to flick on his lights and try to give chase. However, the Mustang took off at a much faster rate than the officer’s Dodge Charger could match, according to the police report. However, as the old adage goes, while you might be able to outrun a police cruiser, it’s pretty hard outrun a radio or a helicopter.

While the police didn’t break out the helicopter for this particular chase, they did radio ahead to another officer who would spot the Mustang before the first officer lost sight of the vehicle.

When the police were giving chase to the vehicle, the Mustang would eventually end up colliding with two other vehicles before eventually coming to a stop against a building and a concrete barrier. The driver was taken into custody after what was called a short struggle. The driver, Kendrick Price, was eventually transported to the hospital to be treated for a cut on his chin.

The craziest part of the whole situation is that the police didn’t actually clock the driver at 178 mph. Instead, Price basically admitted that he had been driving his supercharged 2017 Mustang at those speeds during the pursuit. In other words, it seems like the driver was caught bragging about how fast his car can go which ultimately likely ended up getting him into even more hot water.

« Slowest Pursuit Possible Has Cops Chasing U-Haul That Goes up in FLAMES!