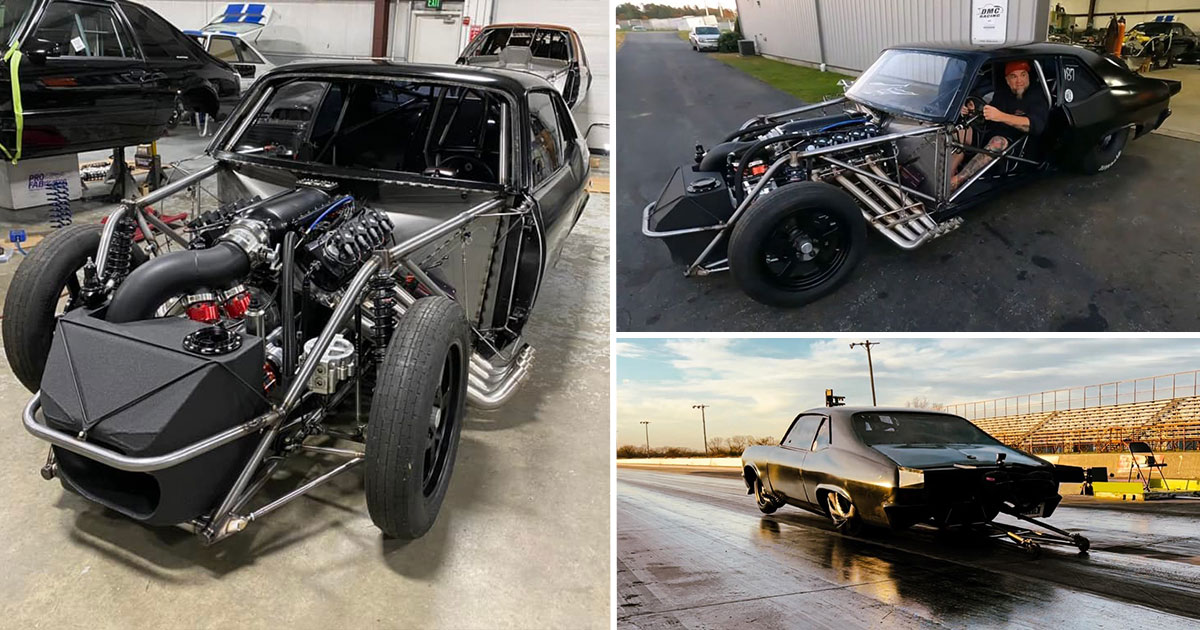 It doesn’t matter if you’re just getting started or at the top of your game. Everybody who is out there trying to win races is going to be constantly evolving their setup if they want to be successful in competitive racing.

Even when the cameras aren’t rolling for Street Outlaws, this means that the crew that we find on screen is still modifying and improving upon their builds to make them the best that they can be. Those who put in the most hours likely have the best shot at taking home victory.

Fortunately, lots of our favorite Street Outlaws have put together YouTube channels so that we can watch all of the action come together.

This time, we tune in with 187 Customs as the Murder Nova has received quite a few upgrades.

To get things started, the car was torn down and a new chassis would be created at DMC Racing.

From there, the car would hang onto its 540 ci big block but Shawn decided to switch up the power adder combination and elected to run a ProCharger. The step will certainly be an interesting move to keep an eye on as Murder Nova has been running the fastest passes that it ever has.

By following along with the video below, we get to go along for the ride to see exactly what the car has been up to. As Phantom points out, this is kind of a bittersweet moment as the OG Murder Nova is changing yet again.

He says that he can’t quite put his finger on why it’s a bit of a sad development but we would venture to say that it’s bittersweet because, while everything is getting faster, reflecting on all of the changes that a car has gone through over the years can certainly be a way to make anyone appreciate the good old days.

« The Most Expensive and Useless Mega Projects in the World