Robot Drives on Wobbly Wheels, But HOW? (Could They be the Future of Motoring?) 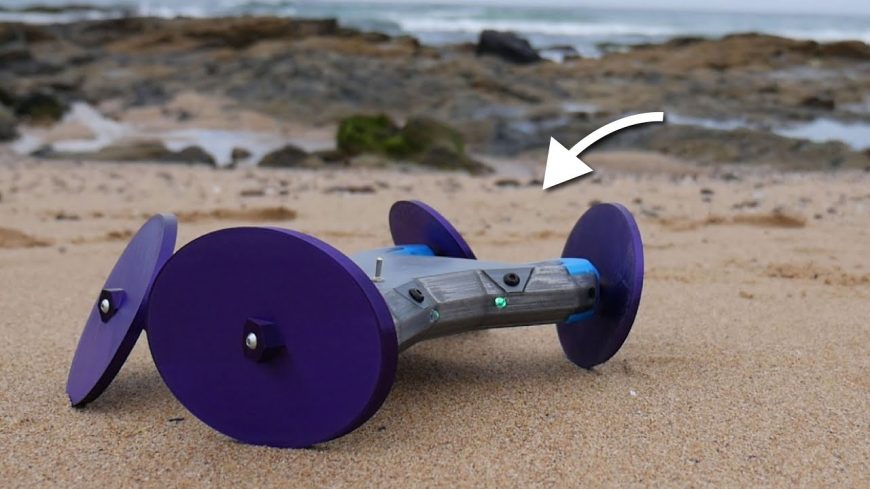 We simply never know when a breakthrough in engineering is going to change the everyday lives of lots of people. This is readily apparent in the automotive industry as things are changing so rapidly in this industry that it can be really hard to keep up. It seems like just yesterday that electric vehicles, for example, were coming along and now there are lots of brands who are promising to go fully electric within just a decade or so.

That’s really just one example of how exactly things can change, though.

On the other hand, there are folks out there who are investing their efforts into trying to change more basic concepts. Perhaps we aren’t talking about what propels a car but instead what sits underneath it. That’s right, there are engineers out there who are trying to reinvent the wheel. Even though the old saying says that we don’t need to reinvent the wheel, we will never truly know until we make sure that all options have been flushed out.

This time, we check in with a YouTube engineer who goes by the name of Maker’s Muse. In this particular video, we watch as the idea of a traditional wheel is changed up a little bit. Instead of a completely circular design, the concept here is to give a robot “Wobbly wheels.” In other words, this particular robot will be riding along on oval-shaped wheels instead of circular ones.

While this doesn’t sound like an idea that would work out well, it actually ends up having a shockingly productive outcome. At the end of the day, it’s kind of hard to say if something like this that has any real application in the real world, but it really is an interesting exercise to really open up our minds to see the different possibilities out there.

« “Leroy” Inspired Shelby GT500 Go Kart Might be the Biggest Oddball Shelby There Is!