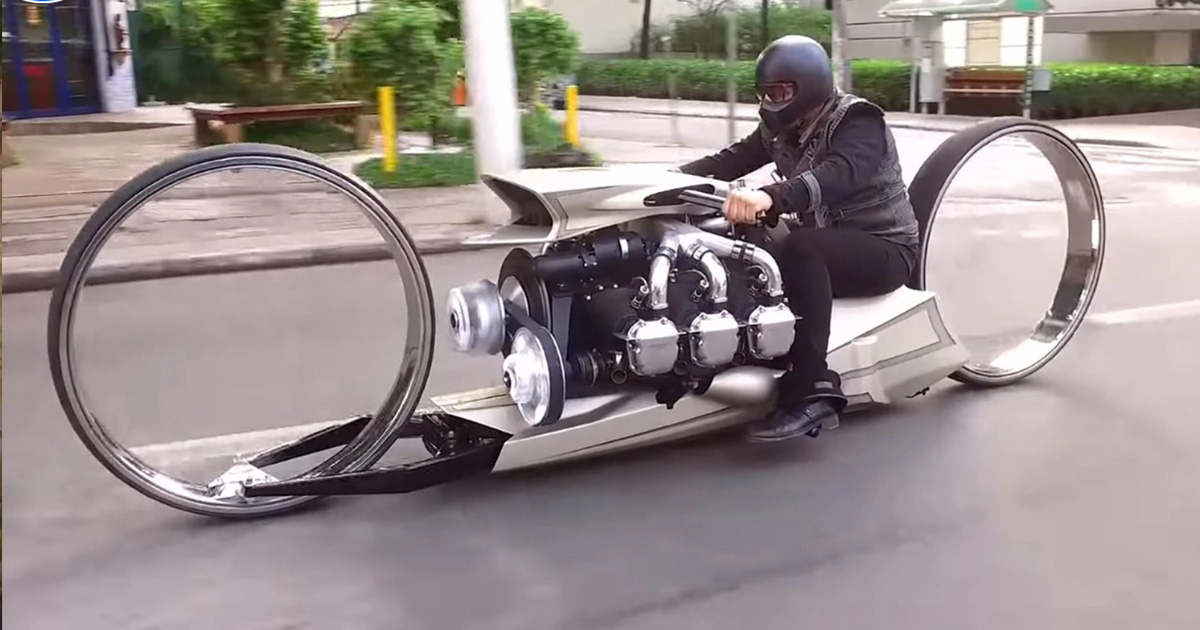 We absolutely can’t help it love it when somebody gets incredibly creative with a build. Sure, the so called “tried and true” definitely have their place but watching something evolve that is incredibly far out of the box is definitely pleasing to our hot rod senses.

This time, we check in with a motorcycle that is nothing short of one of a kind. Not only does it feature a hubless design, something that we may have seen pop up once or twice. It also features an engine that isn’t going to be on any other motorcycle in the world, hubless wheels or not. The power plant of choice this time was nothing short of a Rolls-Royce airplane engine. This would be an obscure choice of powertrain for just about any build let alone dropping it int something that’s as unique as this completely custom motorcycle.

The project is said to be valued at some $1 million dollars. Tarso Marquez, the man behind the creation, is a former F1 driver that now owns several custom vehicle studios. He started this one-off project with a vision and after several years of planning, he was finally able to start turning the wrenches in order to make it all come together. Following these years of planning, the build itself took about seven months to complete. We can’t help but be impressed at such a short timeline for something that involves almost no “off-the-shelf” components. 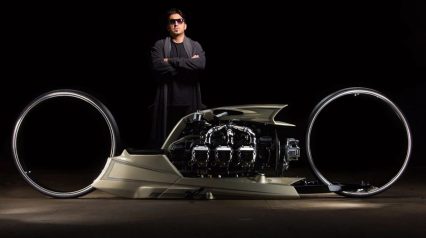 To say that this machine is one of a kind simply wouldn’t do it justice. In fact, we would be pretty shocked to see anything like this anywhere else in the world for as long as hot rodding exists. For someone who wants to turn heads, a build like this might be seven figures deep but there’s nearly a 100% guarantee that this thing will be breaking necks no matter where it goes.