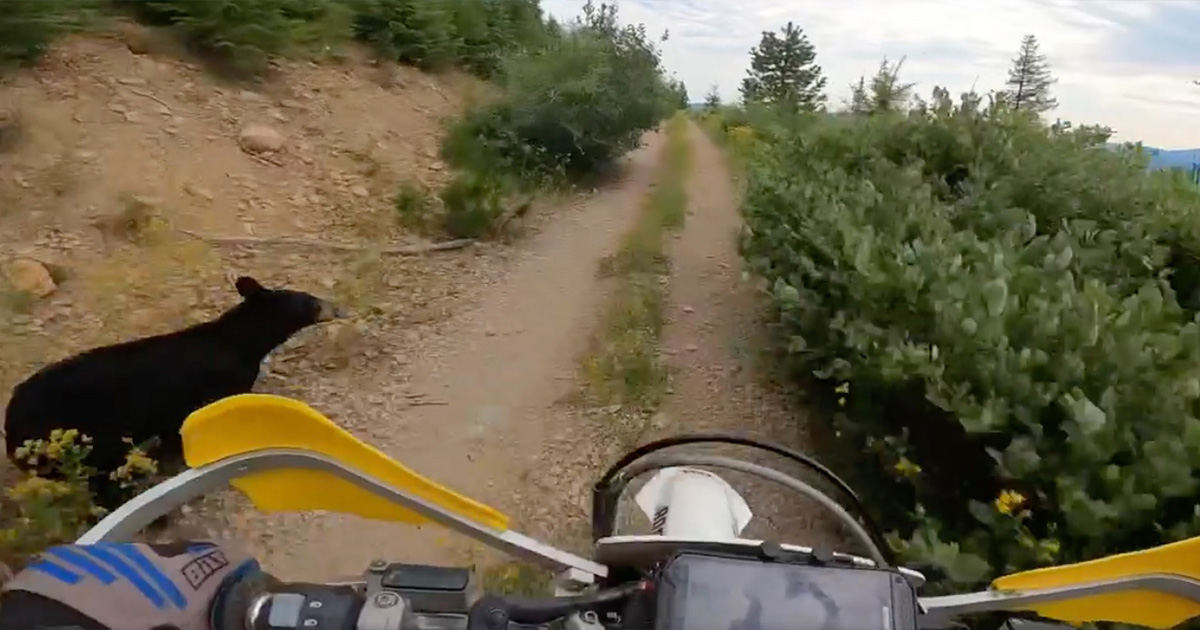 There are some stories that are so unbelievable that if a camera weren’t there to capture all the action, we aren’t sure that anybody would think that the story was actually true. That seems to be the case for a man by the name of Logan Stone who was riding his dirtbike down a trail in search of a jacket he left behind when suddenly the unthinkable would happen.

Everything seemed to be going as according to plan when suddenly, this rider would end up colliding with a real live bear. The animal seemed to sprint out in front of the motorcycle so quickly that it was nearly impossible for the rider to react and prevent a collision. Therefore, after colliding with the animal, Stone ended up on the ground.

With some quick thinking in a precarious position, the rider would then pull out his handgun, hoping that he didn’t have to use it.

Stone took to Facebook with the dramatic footage, saying “Had a little collision with a bear last night in Idaho. Smokey almost smoked me.”

He continues “What started as a simple evening ride to search for my jacket from the previous day turned into quite a story after an adolescent black bear ran into the trail, smashing right into my front tire, washing out my bike, and throwing me over the handlebars. Due to the small size of the bear, I immediately became concerned that I would be facing an angry momma bear charging at me while my left leg was pinned under the bike. Situational awareness and being prepared are key components of traveling out into the wilderness by yourself. Grateful that neither myself nor the bear were injured in this encounter, and stoked that I actually had my #gopro on for once. If I ever have a video go #viral, this has got to be it”

« Man Stands in Way of 40,000 lb Farm Equipment Because He’s Mad About Dust