Throwing it all the way back to high school physics class, many of us remember a ...

Throwing it all the way back to high school physics class, many of us remember a concept that says if something is moving on top of a platform and is shot straight up into the air, it should theoretically land in exactly the same spot on the platform as long as the platform’s speed doesn’t change.

By similar logic, something moving at the same speed as the platform, except in the opposite direction, shouldn’t move when it hits the ground.

In the real world, different factors like friction and wind resistance might change the formula just a little bit but if the physics are correct, one should pretty much be able to duplicate this concept with the help of some pretty common materials.

This time, we check in with white might be about the most unconventional use of a Home Depot trailer that we have ever seen. Our host here from The Action Lab takes it upon himself to use this trailer to test out the laws of physics in the real world.

The whole idea here is that if our host runs in the opposite direction that he is being pulled in at the same speed, he should be able to jump off of a moving trailer and land in one spot without stumbling. The idea is that the opposing forces will cancel out and eventually we will find a landing that’s pretty clean.

When putting the pieces in motion, it’s definitely something that’s a little bit scarier than it sounds!

Down in the video below, we check out how this Home Depot trailer is really put to use, seeing just how exactly physics can apply to the real world. Perhaps, this experiment doesn’t have very much practical use but it’s still pretty neat to see it being put in action. 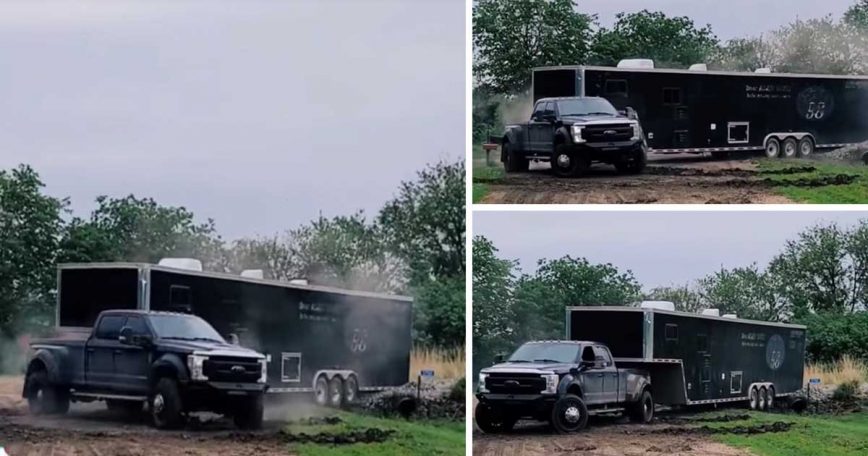