Ryan Martin has an Extremely Close Call vs Kye Kelley 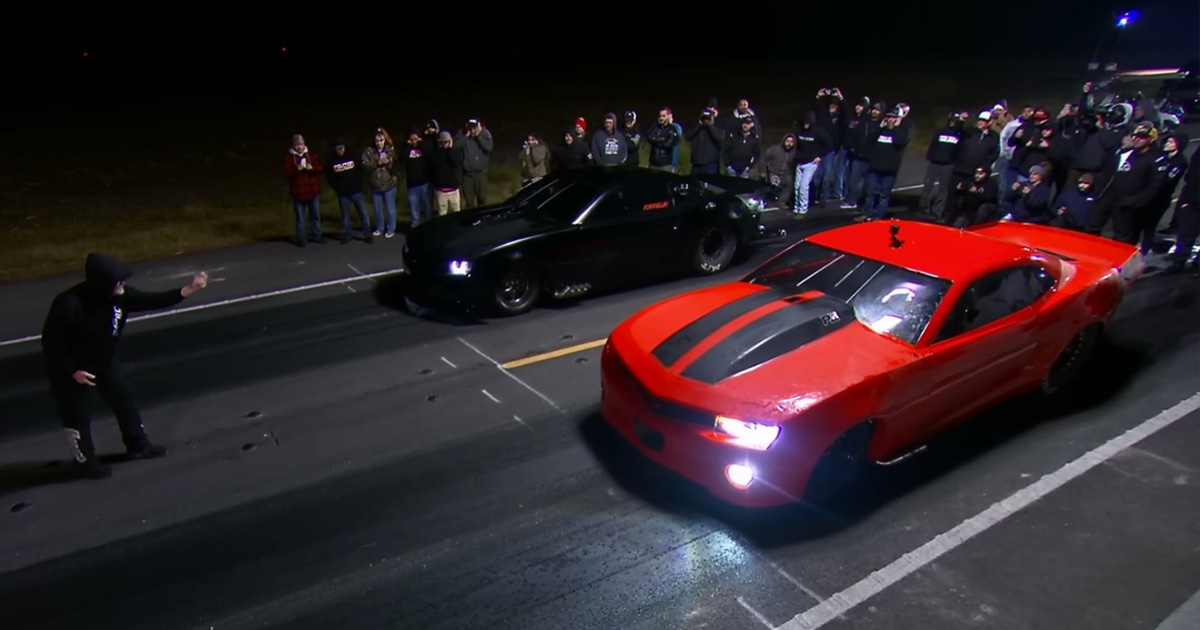 When it comes to the action that we see on Street Outlaws, there are always those competitor pairs that we know are going to give us a good run for the money. In this particular race, we get just that as top-notch racers, Ryan Martin and Kye Kelley, go head to head with the aim of snatching a spot on America’s List.

On a night where Martin said he felt like he had been struggling a little bit, we’re sure he would’ve liked an easier competitor than Kelley. However, that’s one of the caveats of racing on a program like America’s List. No matter who you’re racing, there’s a very good chance that the person in the next lane over is going to be one of the top street racers in the country. While, during some promotions, the top tier racers might be able to take a race off and take it easy, this is certainly not one of those times.

Both of the fifth-generation Chevrolet Camaros looked absolutely menacing as they pulled up to the line. Both Kelley and Martin were ready to give this race all that they had in order to go home with victory and we have to tell you that it was an incredibly close one. At first, Kelley jumped off of the line with an epic start. However, it wasn’t long before Martin was hot on his tracks and reeling him in quickly. As is the case with many of these races, when it came to the finish line, things couldn’t have been much closer. In fact, the spotter at the big end of the track who was calling the race said that it came down to “a lobster tail.”

We aren’t going to spoil the surprise for you but instead, you can tune in with the video below to see who won. In any case, we have to say that this race was an absolute treat to watch.