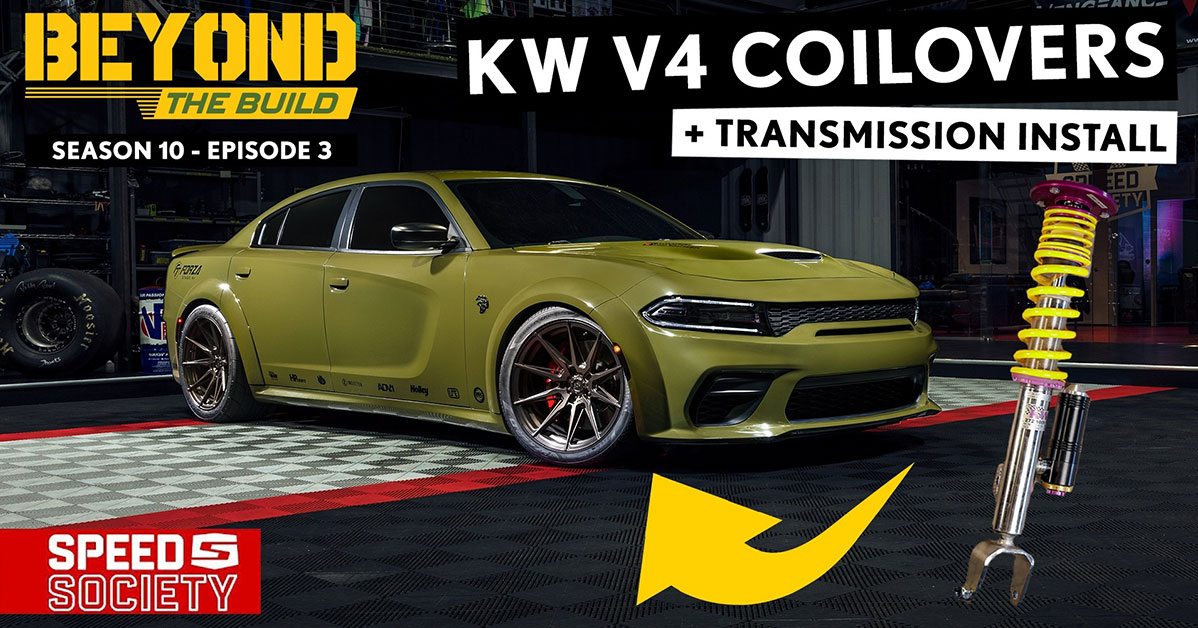 Here at Speed Society, we take giving away cars seriously. Not only do we like to give our fans the opportunity to go home with some of the most awesome production machines to ever hit the streets. We also truly enjoy tuning these cars to create absolute monsters, adding parts to turn up the knob on the excitement factor, and truly delivering unforgettable packages that will give winners a ride that will never lose its luster.

In our most recent giveaway that you can actually enter right now by clicking here, we decided that the perfect platform to start with was a widebody Dodge Charger Hellcat.

Any Mopar enthusiast will tell you that this platform is incredibly stout from the factory, creating 707 hp to play with. However, with our need for speed, we had to turn things up a notch. With a variety of modifications including a Whipple Supercharger among other upgrades, the car that became known as Sgt. Smash would soon find its way to 1200 hp.

As any good car builder will tell you, though, a well-rounded machine is a lot more than just a freak of a powerhouse. In fact, if you just shoot for high horsepower numbers, things can quickly spiral into a disaster as other components break and that power won’t even make it to the ground!

By following along with the video below, we get to see how we here at Speed Society make sure that none of the ill effects mentioned above happen. For example, we went with a special set of KW coilovers that were especially made for Sgt Smash in order to give it the best handling possible as well as aid in traction.

In the video, we also show off the transmission install as well as a couple of other finishing aesthetic touches that really make the car’s incredible wrap from 360 Wraps come to life.

« Next Fast and Furious Film Likely Heading Back to the Streets, Long-Time Director Suddenly Quits