For the vast majority of car enthusiasts, we have a bucket list of cars that we would ...

For the vast majority of car enthusiasts, we have a bucket list of cars that we would like to own at one point or another. Sometimes, these cars are pretty unachievable by most standards. At the end of the day, unfortunately, most of us will never be able to own million-dollar hypercars. However, others among us definitely have a bucket list that is a little bit more realistic.

As it just so happens Shawn Ellington aka “Murder Nova” has quite a bucket list himself and recently, he has put in the legwork to go out and collect a couple of vehicles that he has always wanted to get his hands on. The challenge seems to be finding the cars that Ellington wants to collect in good condition without coming with a price tag that’s too ridiculous.

In this day and age, with the price of all sorts of machines going up, you never really know what you’re going to find out there. It can be tough to figure out what’s a good deal and what isn’t. However, Ellington seems to do a pretty good job of navigating the market to get to exactly the prize that he wants.

Time, we check-in as the bucket list machine that’s marked off of the list is a Buick T-Type Limited. As Shawn explains the car to us, he says that it has all of the “grandma features” including lots of chrome, a sunroof, and those big plushy pillow seats that many remember so fondly from cars of the 1980s.

Down in the video below, we check-in and get a thorough tour of the car along with its initiation into the fleet. The Buick that Shawn described as a “stock Regal with a turbo motor in it” seems to be in pretty good shape minus needing a little bit of paintwork and some odds and ends. In this one, we get to tour the car along with a little bit of inspecting components to make sure that everything is in order and a touch of maintenance to ensure that it all stays in order. 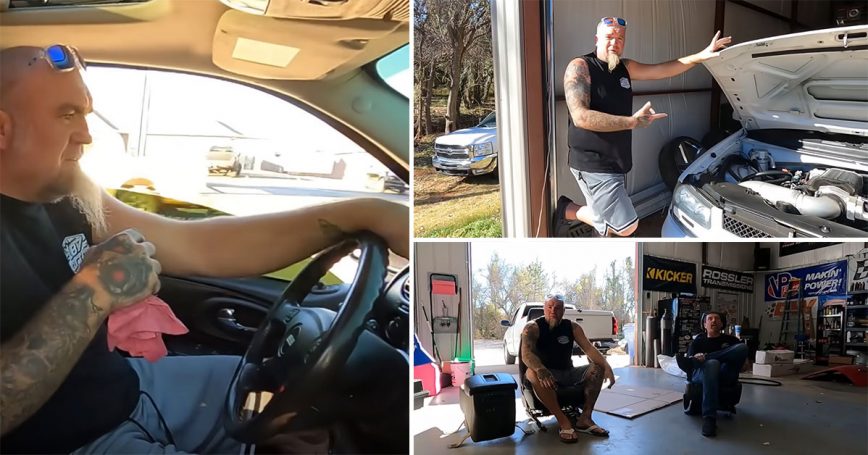