Slowest Pursuit Possible Has Cops Chasing U-Haul That Goes up in FLAMES! 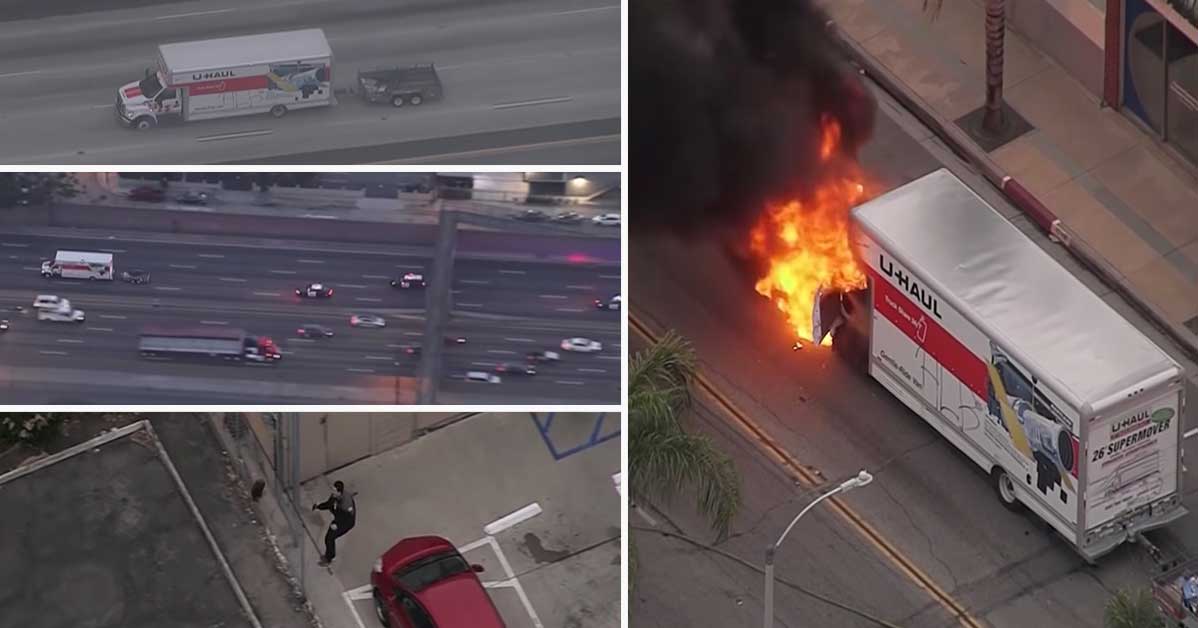 You know, I’m certainly no expert when it comes to stealing things. However, I would probably guess that it would be in the best interest of the unethical individual to try and steal something that isn’t going to make a big footprint. If you’re trying to do something and not get caught you don’t want to be driving down the road with a giant billboard advertising what it is that you’re doing.

Let’s just say that not every criminal is as smart as the rest. This individual certainly won’t be applying to be one of Ocean’s 11 anytime soon. That’s for sure!

Apparently, one alleged criminal didn’t exactly get the memo on the “laying low” deal. Instead, when this individual went out looking for something to take for themselves, they grabbed the most obvious thing that they possibly could. The target was a U-Haul truck that was likely filled with stuff that would make for a sizable haul.

The police chase was just as bizarre as someone might expect it to be. As the U-Haul truck made its way through the streets at incredibly low speeds, police didn’t have to try very hard, or so it would seem, to keep up with the truck. As helicopters follow the action, eventually, the truck would even go up in a ball of fire to make the wild situation even crazier.

There is certainly plenty of situations that might find their way into the craziest police chases ever. We aren’t necessarily sure if this one is the craziest that we have ever seen. However, it definitely has to be in the conversation somewhere. Maybe if he doesn’t make the list, it can be an honorable mention just because of how strange the circumstances were. It’s just not every day that we see somebody try and make off with a massive billboard.