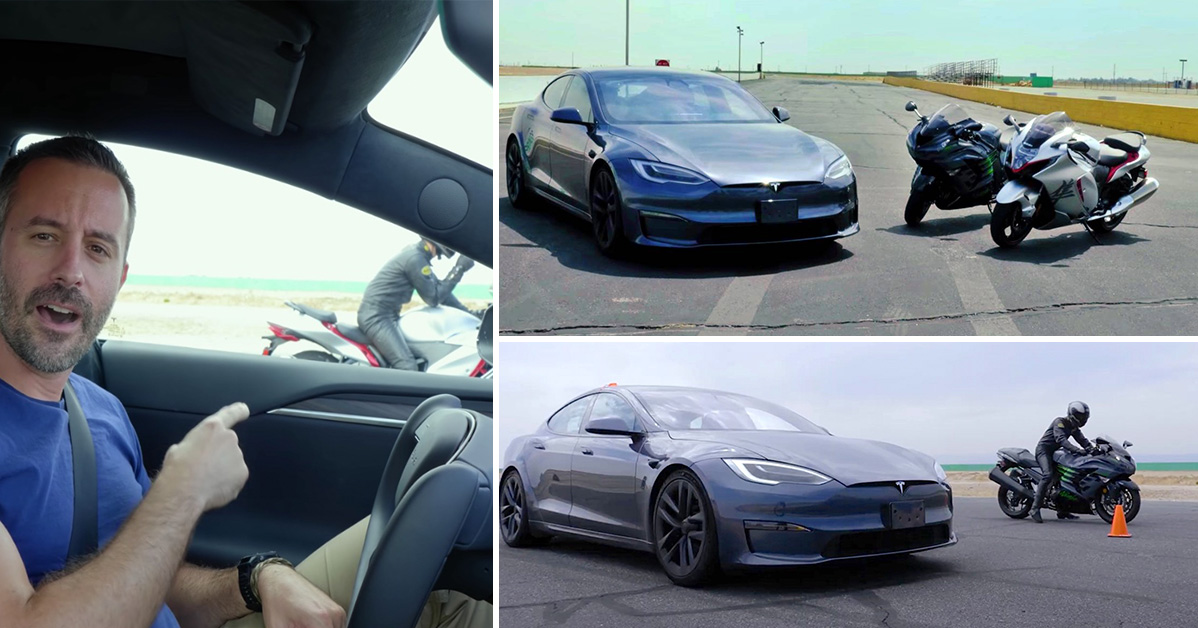 When Tesla brought its Model S Plaid to the table, we couldn’t help it be impressed. Long gone are the days where electric cars are seen as a sort of niche ride that’s boring and designed to do nothing more than save you from throwing a few bucks in the gas tank. Instead, Tesla seems to be trying to break down those boundaries in a variety of different ways including Plaid’s ridiculous performance.

The numbers themselves are impressive. The Model S Plaid delivers 1,020 horsepower and 1,050 pound-feet of torque. However, what’s even more impressive is that a car like this doesn’t have a power curve. Traditionally, a gasoline-powered machine would only be efficient at making horsepower in certain RPM ranges. With an electric motor, that entire model is thrown completely out the window, though, as electric can lay down power whenever it’s told to.

The Plaid has been going on a rampage recently because of this insane performance. In a recent comparison, we watched it step to the plate and absolutely obliterate a 1000 hp McLaren. Even with a car full of people, the Tesla managed to pull away from the exotic and leave it in the rearview mirror.

Down in the video below, we tune in as a pair of high-performance motorcycles are trying to put the electric car to the task. The Plaid has been impressive up until this point in time but we would venture to say that this is probably one of the biggest challenges that the model has faced to date as it takes on a Suzuki Hayabusa and Kawasaki ZX-14R.