Street Outlaws: End Game Trailer Has us Entirely Pumped Up for Mondays! 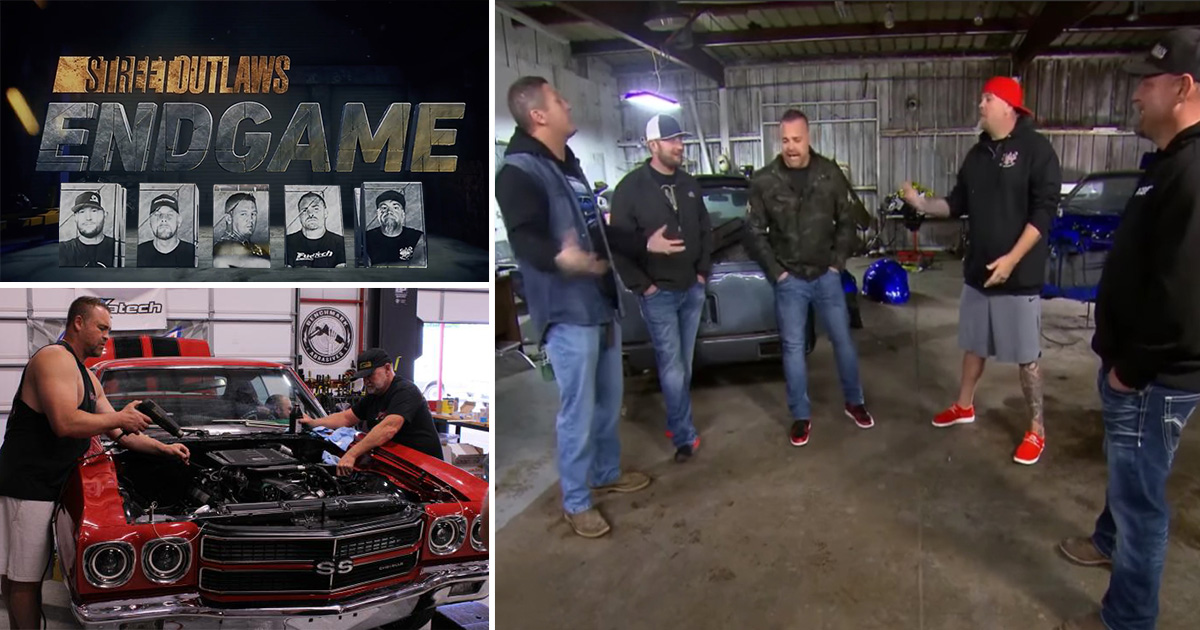 While we absolutely love tuning in to catch just about every variation of Street Outlaws on the air these days, it’s no secret that the show has come a long way from what it once was. We’re not just talking about the production but the actual content is almost unrecognizable to the former days of the grassroots crew from the 405.

Back then, it was all about driving around and finding a race. Once the racers set up a spot, they could get off a variety of races just like we see today but the main difference was that the racers would be able to drive the cars home or even to another spot to race. Long story short, things evolved from racing street cars to driving race cars on the street.

This time, it appears as if the crew behind Street Outlaws is going to mix things up a bit. With this new show, Street Outlaws: End Game, airing on Mondays, we will get to see things taken back to those roots a bit.

The show is pitched to us as five of the best racers in the country building cars and driving to the spots where they will race them, essentially taking us back to the show as we once knew it.

However, some of the most competitive drivers around the country including Kye Kelley, JJ Da Boss, Ryan Martin, Axman, and Murder Nova are going to be building these machines to compete. You can bet your bottom dollar that while they won’t have the high-dollar race cars in this production, they are going to bring all of the knowledge that they have gathered along the way to build the best street cars that they possibly can. It seems like a place where folks without as big of a budget can also compete as well which might be how the show gets even more interesting down the road.

In any case, after checking in with the teaser feature down below, I know where I’m going to be on Monday nights.