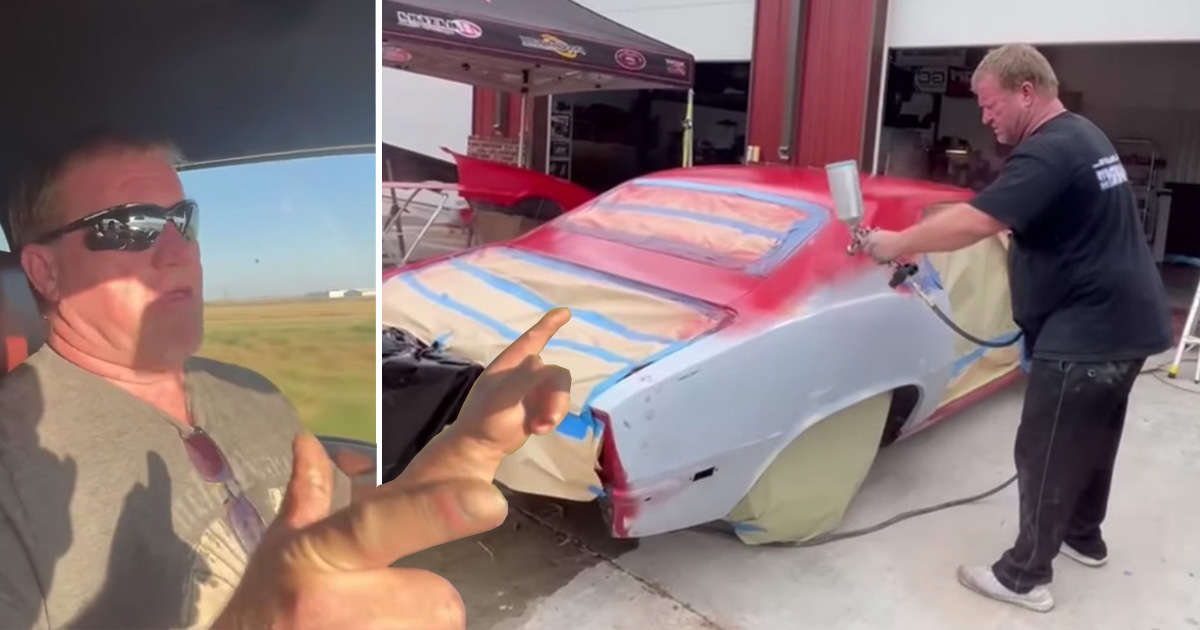 We’ve always heard that one should be pretty careful about what they post on social media. Not only is social media accessible to predators who might be interested in all sorts of different criminal activities. It’s also available to just about anybody who might decide that they want to make your life a little bit harder than it needs to be.

This time, we check in with a post that admittedly took me a little bit longer to figure out that it was satire than I would like to admit. However, as Street Outlaws competitor, Reaper, goes down the list of challenges that he’s been going through due to painting a car in his driveway and posting it on social media, we couldn’t help but get a little bit of a chuckle at what is apparently dry humor.

Maybe the worst part of this whole thing is that some of it seem incredibly believable. For example, the video starts out with Reaper claiming that the Environmental Protection Agency is going to be fining him $10,000 for spraying a car outside of his own garage. It definitely seems ridiculous but in a time where reality seems like it’s a bit of satire, we were definitely questioning this portion of the video for a moment.

However, it quickly became apparent that this was a joke when he started talking about the NHRA not letting him run because of the car being illegally painted. He also alluded to the idea that the car would be inspected for dust and he would be fined for each particle that was left behind, poking fun at those who offered their two cents. In addition, in the video, Reaper also claims that in the process of spraying the vehicle, he managed to off three neighbors’ dogs and caused a jogger to pass out and fall into a mailbox because of the fumes.

I’m not sure if this is funnier because of Reaper’s sense of humor or a little bit scary because of how real it seemed that he was getting a fine for painting a car outside. In any case, the complete video can be seen down below.