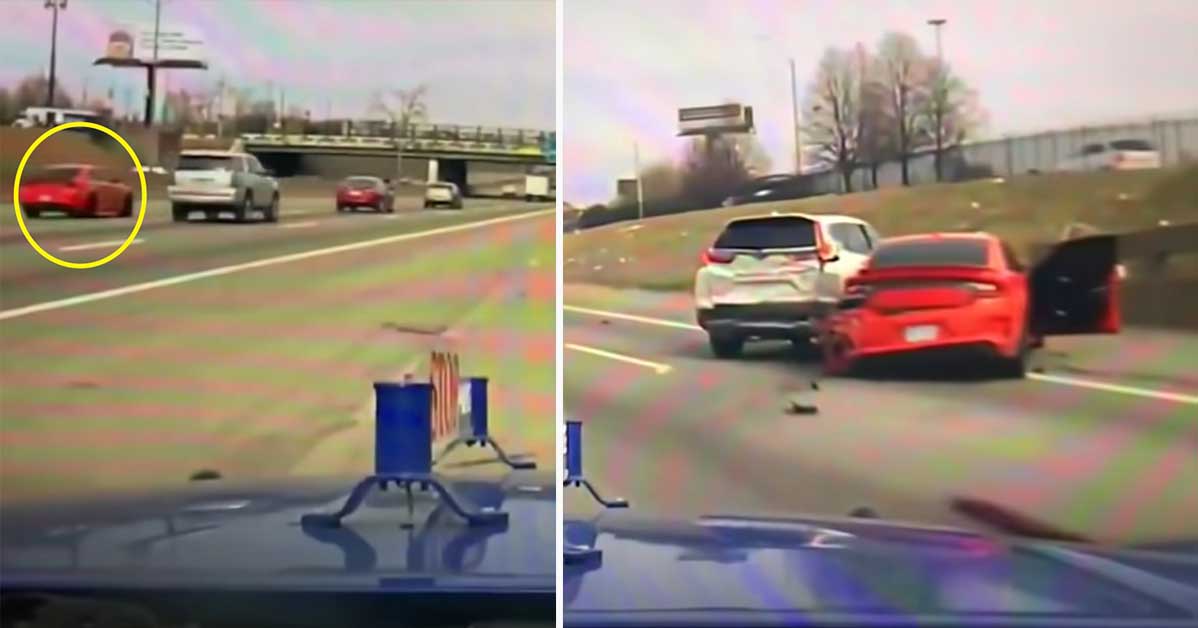 Sometimes, people just can’t help but put themselves in a bad spot. For the driver behind the wheel of one particular Dodge Charger, we would venture to think that their day wasn’t supposed to be this complicated. However, after making a couple of choice decisions, they would end up in a spot that’s probably going to be pretty difficult to work their way out of.

As a Michigan State Trooper sat on the side of the road with his dashcam rolling, we would all witness some pretty suspicious activity. Watching traffic go by, the officer spotted a bright orange-colored Charger that would absolutely be flying. It was later determined that the speed was as high as 120 mph as the high-powered sedan made its way past the officer.

In any situation, those rates of speed on the highway definitely aren’t safe. Choosing to do it during what would appear to be rush-hour like traffic is definitely compounding a bad decision and making it worse. Naturally, the police officer pulls out to attempt to chase down the suspect.

Now, we know what you might be thinking. With a 120 mph head start, it might be just a little bit difficult for the officer in question to catch up with the vehicle. However, not long after, the driver of the Charger would make it slightly easier for the officer to end this pursuit, or so he thought.

Down in the video below, we watch as the car slows down almost as quickly as it flew past that officer. Not long after pulling out for the hot pursuit, the officer would notice that the Charger had ended up collecting another vehicle in traffic and coming to a quick halt.

It was later discovered that the car was believed to be stolen. The individual behind the wheel took off before the officer could arrive but was arrested a short time later.