Tesla Model X Goes Widebody and Gets an Aggressive Touch 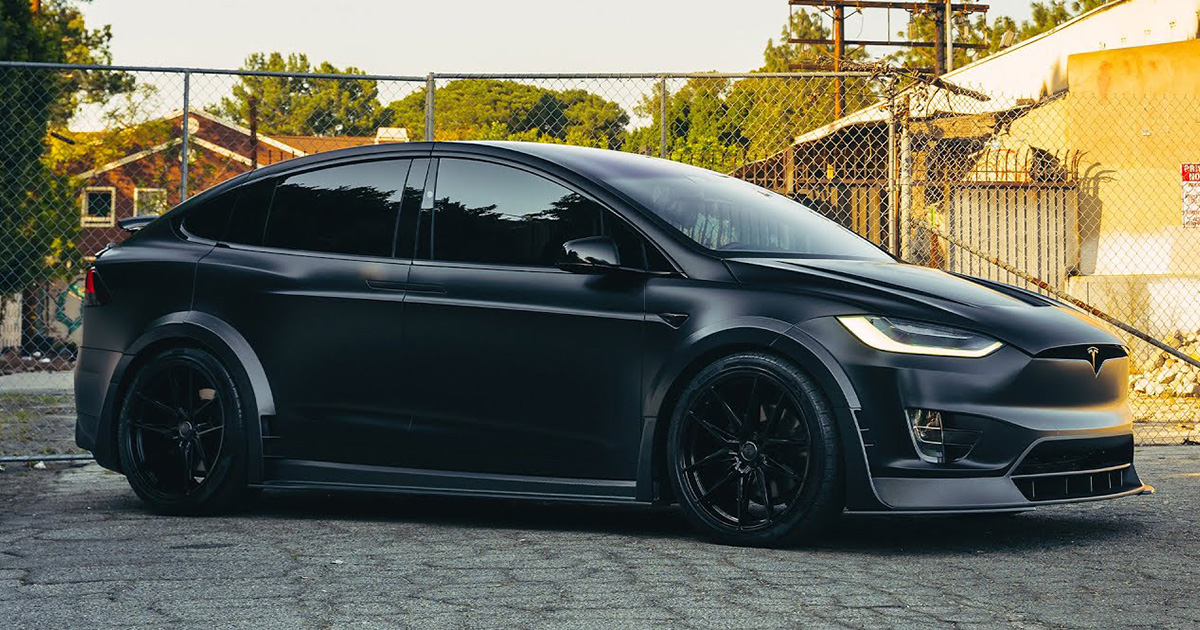 If it has wheels, there’s a good chance that somebody, somewhere is going to try to modify it.

Perhaps, one of the biggest turn-offs for automotive enthusiasts when it comes to electric vehicles like those produced by Tesla, is that we can’t modify them. Not only is it impossible or nearly impossible to change up the performance of one of these vehicles. When it comes to visual modifications, there isn’t much of aftermarket out there for the cars just yet, either. After we get bored of them, how are we going to tinker with the models to change them up?

Well, when you just got drafted to the Houston Rockets as Josh Christopher did, and you have a ton of money to blow, you can definitely get those modifications custom-made before the aftermarket catches up.

The Houston Rockets player took his Tesla Model X SUV to West Coast Customs. Yes, the same West Coast customs that we remember from the Pimp My Ride television show back in the early 2000s on MTV. When Christopher dropped off the SUV, the plan was to make it a little bit more aggressive looking. This is when West Coast got to work, creating a custom carbon fiber widebody for the SUV. The carbon fiber panels include a hood, fender panels, rear wing, and even a diffuser.

In the video below, we get to ride along with the customization of the electric vehicle to make it a little bit more aggressive. Not only is this thing going to turn heads because of its fresh widebody look. The crew over at West Coast hooked it up in other ways as well. Apparently, Christopher wanted it to be wrapped in a matte black color along with a couple of other modifications to make this EV stand out from the others on the streets.