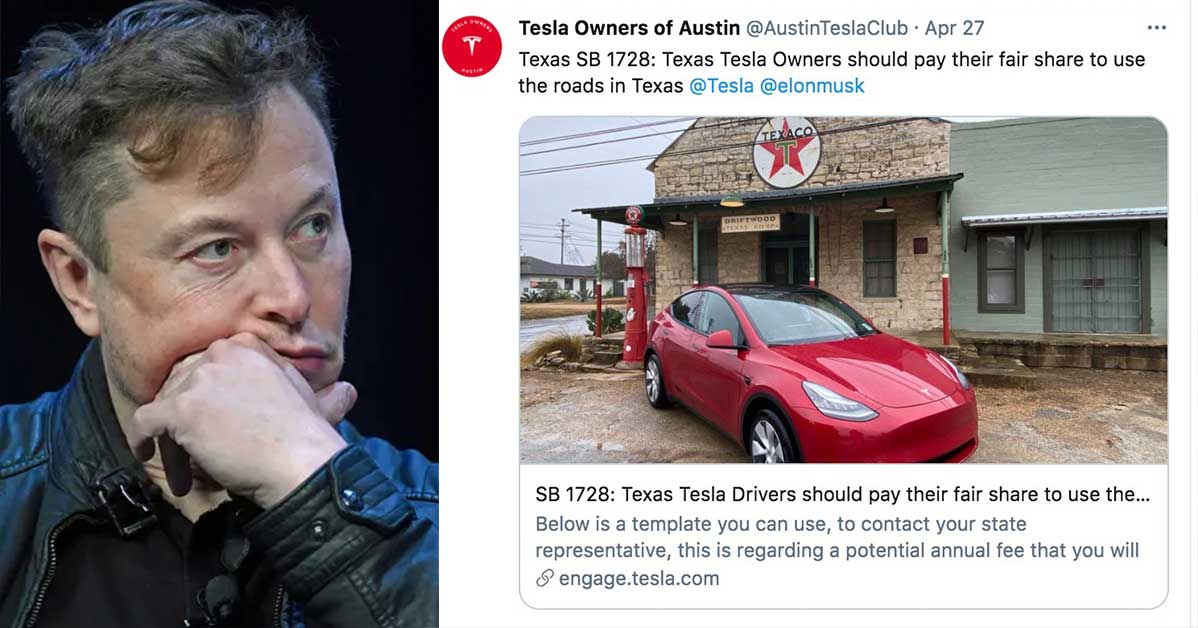 At the end of the day, I guess that the government can try to tax whatever it is that they want. Whether or not Senate Bill 1728 will actually pass is up for a vote. However, if it does make its way through, electric vehicle owners living in the state of Texas will have a new tax to worry about. A passed bill could even set off the first domino in what could become a nationwide law.

Seemingly, because of the fear of loss in tax from oil revenue, Texas is trying to get ahead of the game and start taxing electric vehicles. This tax provided by SB 1728 is for EV owners is to compensate the state for fuel taxes that these electric vehicle drivers would not end up paying.

For starters, the drivers would pay somewhere between $190 and $240 just for owning an electric vehicle. From there, the bill would call for a driving fee starting at $150 for 9000 miles, presumably heading upward with more miles driven. Lastly, there’s a $10 surcharge for a “charging infrastructure advisory council” because why not? The total, according to The Hill, would come to somewhere between $240-$400 each year.

From there, the publication went on to describe that this bill is backed by two Republicans and one Democrat. So far Republican Sens. Charles Schwertner and Robert Nichols, and one Democrat, Sen. Beverly Powell are pushing to get the bill passed. According to The Hill, all three have been backed by the oil industry or have close ties to it. Shocker.

A Texas Tesla owner group has been urging those within to dial up their government officials to make sure that this wacky tax doesn’t go through.

At the end of the day, there are a lot of taxes that seem to come without explanation. However, it seems a little bit backward in the current political environment to attempt to tax those who are making a purchase that is better for the environment just because you can. Welcome to the wonderful world of politics.

Texas SB 1728: Texas Tesla Owners should pay their fair share to use the roads in Texas @Tesla @elonmusk https://t.co/R5pXUj7rVN