The Craziest EV Swaps From SEMA 2021

The Craziest EV Swaps From SEMA 2021

Every so often, something new will come to the automotive market that becomes the ...

Every so often, something new will come to the automotive market that becomes the trendy shiny new object. Sometimes, the trend dies out and is forgotten but other times, it will catch on to become a long-term success. In certain cases, these trends can even go on to end up becoming cornerstones of the community.

For those who haven’t been living under a rock, they have probably noticed that electric vehicles are the latest and greatest to hit the market in a big way. Over the past couple of years, EV production has really ramped up.

Primarily, the hype around electric vehicles comes with major automakers promising their very own additions to the market. For the past couple of years at least, we have seen Tesla dominating the space. Just about every major brand that you can name, though, is bringing its own twist to the EV. We will even see some new brands attempt to make their way into the mainstream as well.

However, what a lot of folks might not think about is how this impacts the aftermarket. As it turns out, a lot of builders have decided to take on electric vehicle swaps and some companies have brought it upon themselves to create resources for those looking to do this in the future.

This time, we take a spin around SEMA 2021 and take a peek at some of the more impressive electric vehicles builds. Not only do we get to see the likes of a Porsche completely EV swapped but we also get to see things like a drop in faux small block that’s actually an electric motor and some of the other emerging tech in the area.

As of now, it’s part to say if electric motors will become the next LS swap.  But we can say, though, is that they certainly have taken a big portion of the spotlight at least for the time being. Photo Credit – Arstechnica.com/Craig Perronne 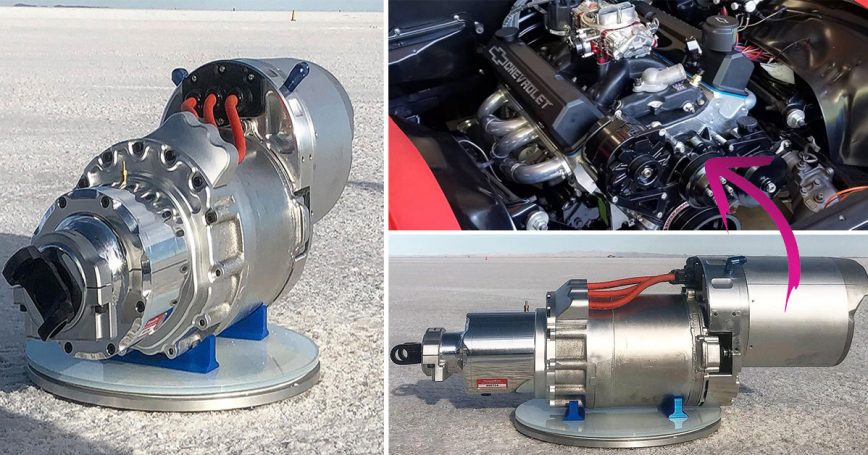