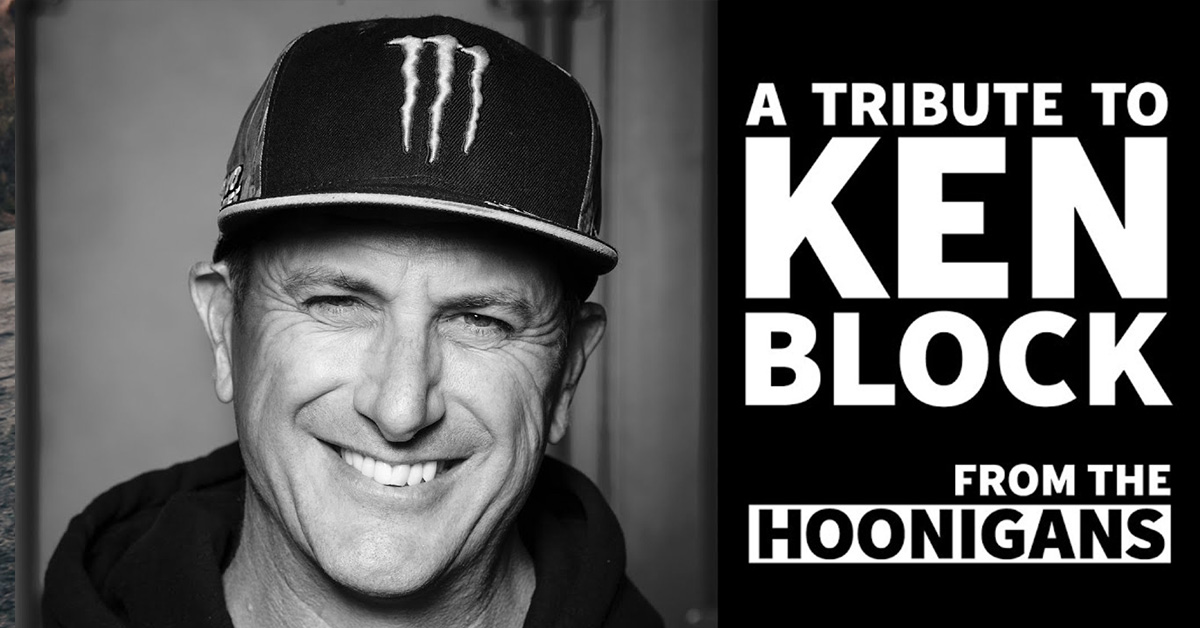 It has been just over two weeks since legendary action sports star and automotive icon, Ken Block, passed away in a tragic snowmobile accident in Utah. Since then, the outpouring of remembrance has been astronomical as the communities who followed Block throughout his career grieve their loss.

Since his passing, the crew at Block’s Hoonigan brand has been left to pick up the pieces and sort through what are certainly some heavy emotions. In the wake of this outpouring of support, they took to their YouTube channel to speak a little bit about what has been going on with the crew behind the scenes and how they plan to proceed.

They also took a moment to post a video that originally was designed for Block’s celebration of life and the people who were in attendance. However, after some consideration among the group, they decided at the best course of action would be to post the video to share it with the world.

The video pays tribute to the man who inspired so many, taking us back through time to reflect on some of his most iconic and adrenaline-pumping moments throughout his career. The video is only a small slice of a larger impact on the world but it feels like something that can help to give the icon a proper final sendoff as we all reminisce about what Ken meant in our lives.

With an influx of support from fans who want to show their support, the Block family has acted. As such, the 43 Institute was born. The idea behind the institute is to “create paths of opportunity for the exceptionally driven who may lack the proper support system for growth and success.” Those who wish to donate can do so by finding the website here and clicking on the donate button.

« Richard Hammond Reacts to All of His Crashes