Richard Hammond Reacts to All of His Crashes 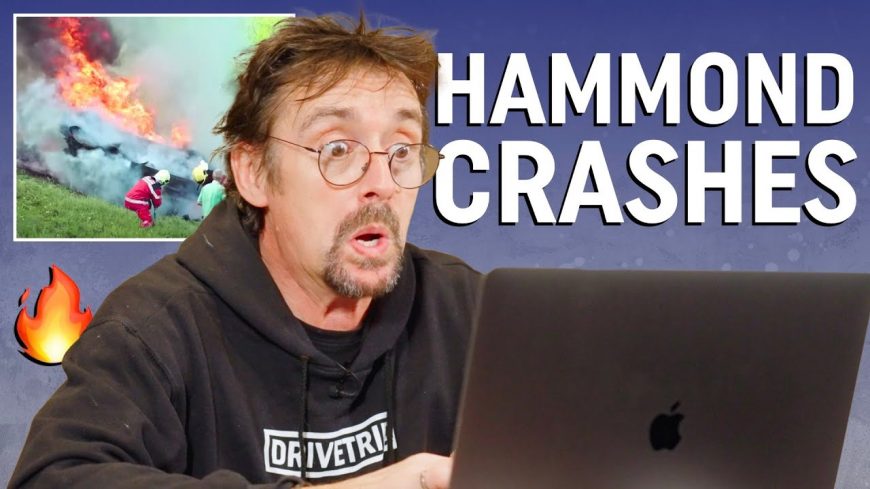 As a host of some of the most successful automotive programs of all time, Richard Hammond has the distinct opportunity of being able to drive an incredibly wide variety of vehicles that is much more diverse than what pretty much anyone else on planet earth has driven. Other than his co-hosts, I’m not really sure there are very many people who have driven everything from million dollar exotic machines to boats and even absurd one-of-one creations in the same capacity as Hammond.

With that, over the years, Hammond has also built up a propensity for getting into a crash here and there. Most of the incidents are rather minor in nature and kind of make us giggle as they annoy his co-hosts. Other times, though, Hammond has been known to get wrapped up in some pretty serious incidents where he even ended up in the hospital.

This time, the presenter takes a moment to look back over some of these moments that have really stood out as some of his most iconic crashes. When a YouTuber took the liberty of creating a video titled “”Richard Hammond crashing for 6 minutes and 27 seconds,” Hammond kind of giggled and insisted that this had to be just a fraction of the incidents that he has been involved in.

Below, we get to see the automotive icon’s reaction to some of the moments where a little bit of collision humor was thrown in the mix. There’s nothing better than watching one presenter run into another in the middle of a moment that might be rather serious on an episode of a show like The Grand Tour.

Recent news has Amazon wanting to part ways with Jeremy Clarkson due to some of his recent comments. This leaves us to wonder if The Grand Tour is going to have a future or if Richard Hammond along with Jeremy Clarkson and James May will find another show. Read more about the situation here.