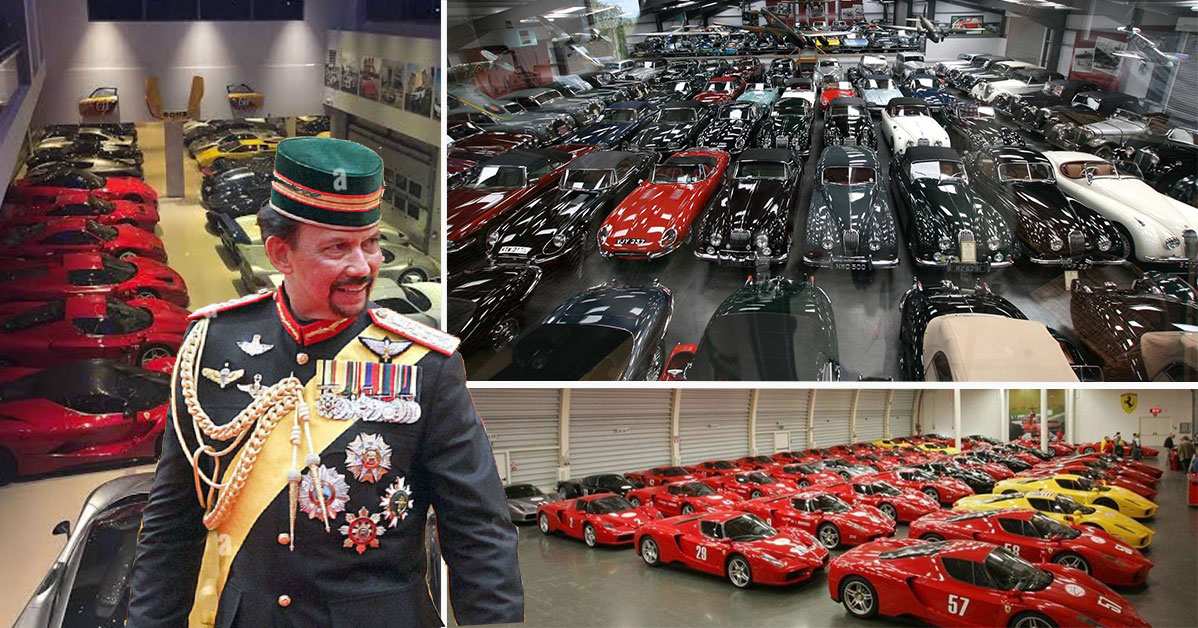 There are some individuals in this world who have so much money that the vast majority of us can’t even fathom what it’s like. We aren’t saying that lightly, either. When we say there are people who could literally buy anything that they want, they can buy anything or dozens of anything that they want and not even think twice about it. To these folks, dropping money on a brand new exotic is akin to a normal person going for that candy bar at the grocery store check out.

Just imagine going to the dealership or rather having the dealership come to you, only to buy your favorite car but then decide that you want 100 of them. For the Sultan of Brunei, that’s exactly his reality. In fact, it’s sad that many times, when Hassanal Bolkiah decided that he wanted a particular model, he ordered 100 of that model, all in the same color.

This time, we check in with a collection that has pretty much every high-end brand that one could possibly think of. With a net worth of $28 billion, the $5 billion car collection is just a drop in the bucket. In fact, the value of a dollar is so diluted for Bolkiah that he doesn’t even know how many cars he has, rumors say. While the collection is estimated to be about 7000 rides, there isn’t really an official count. Instead, family members have also purchased vehicles for the collection and when you get to that many units, it can be hard to remember just how many vehicles you have.

While there isn’t a complete accounting of the collection, reporters who have seen it say that there are as many as 600 Rolls-Royces, 550 Ferraris, and 380 Bentleys within this monstrous group of automobiles. Rumor has it that the Rolls-Royce section alone is worth some $475 million.