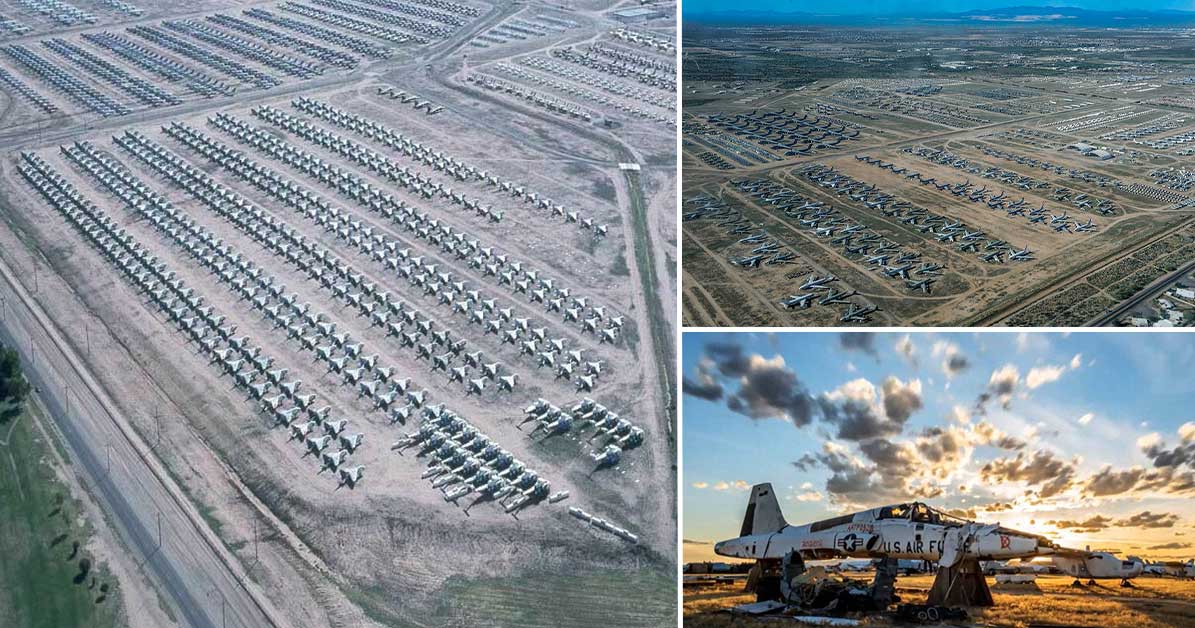 When it comes to aircraft that are no longer able to see the skies anymore, what happens to them? Did they end up being sent to a junkyard where there are left to rot and rest forever? Well, as it turns out, the answer to that question is rather complicated.

This time, though, we check out the world’s biggest airplane boneyard that should be able to shed a little bit of light on the topic. The boneyard at Davis-Monthan Air Force Base sits on 2600 acres out in the desert of Tucson, Arizona. There, we find 3100 aircraft and counting, each of which is worth some substantial money. When every single unit in the field is added up, the replacement cost would be somewhere in the $34-$35 billion range.

Contrary to popular belief, boneyards like this aren’t always where planes go to die. Certainly, there are some components of these planes that are simply not going to be reusable. However, this is a space where planes are both repurposed, as they are stripped down for their parts, or maybe even revived when appropriate.

As Business Insider explains, “The 309th Aerospace Maintenance and Regeneration Group stores thousands of retired military, forest service, and NASA aircraft in the Arizona desert. The massive collection of F-16s, C-5s, B-52s, A-4 Skyhawks, and others would be the world’s second largest air force. But the planes don’t just come here to die. Parts are reclaimed and entire planes are regenerated so they can go back into service.”

This is really a sight to be seen as the expanse of once larger-than-life aircraft just seems to go on forever. It’s pretty amazing to imagine exactly what kind of lives these airplanes have gone through before they ended up in what might be one of the final steps in their life cycles… or then again, maybe they’ll fly again!