There’s Not Much More Head Turning Than The Hubless Motorcycle 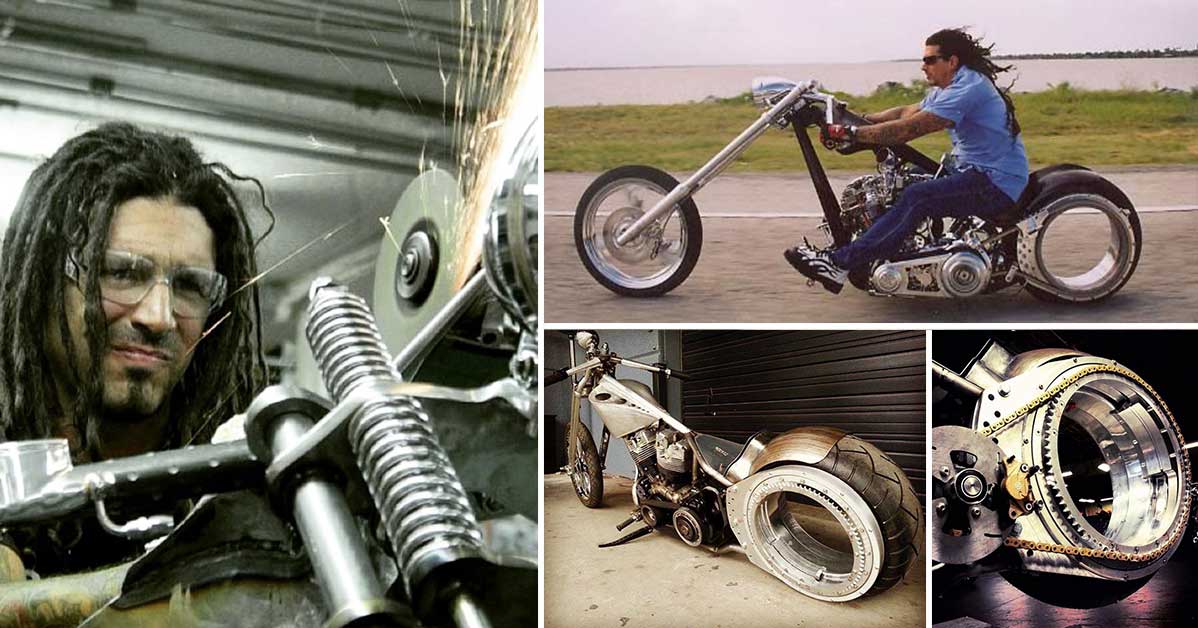 In the world of custom motorcycles, there are so many different ways to stand out but just because something is different doesn’t necessarily mean that it will catch on as being cool. Fortunately for Billy Lane, his creations managed to grab the best of both worlds. Not only is the machine featured this time incredibly different but it also managed to catch just about everybody’s attention no matter where it went.

With this particular custom creation, that goes by the name of the “Psycho-Billy Cadillac,” lane put together something truly unique. Instead of a typical set of wheels, the rear wheel on this design has no hub. Instead, the appearance would make it look as if the rear wheel was just floating in place as the chopper makes its way down the highway.

Lane took it upon himself to explain the engineering behind the whole thing which kind of makes things come in focus a little bit more. While most would think that it’s an incredibly complicated design, its builder says that things are kind of simple in concept. The more complicated part is actually being able to execute the concepts.

Lane tells us that the entire trick to a design like this is basically that the rear axle is enlarged to the point where it’s almost the same diameter as the wheel. From there, the axle is hollowed out and the design is very similar to pretty much every other motorcycle.

Down in the video below, we get to learn a little bit more about the bike that really caught my eyes when it came to light back in the early 2000s. Seriously, this thing was a bit of an icon in its day. This chopper even had a little bit of a Jesse James touch as he volunteered to help with the gas tank.