This 1969 Lincoln Continental HAS to be in the Running for Sleeper of the Century! 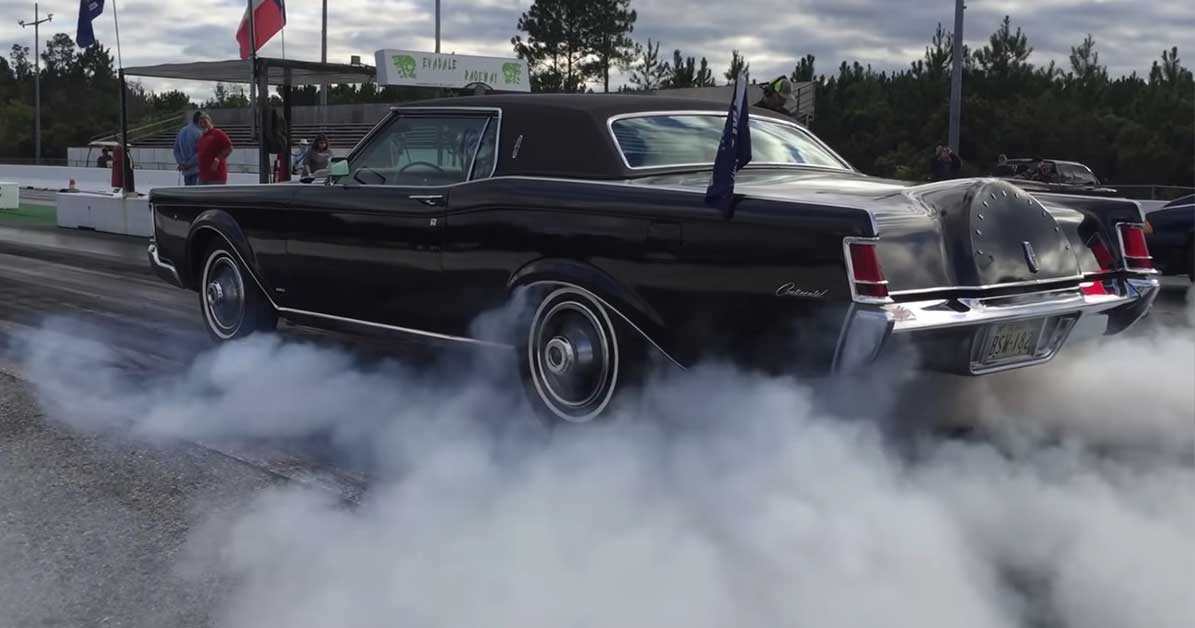 Want to talk about hurt feelings?

Pull up to the drag strip with a 1969 Lincoln Continental and blow the doors off of your opponents. That guy who just dropped a bunch of money in his Fox Body to make it go fast and just got annihilated by this 5100-pound monstrous boat of a cruiser is definitely going to have some second thoughts. In fact, this thing is so heavy that it falls right in line with what a modern 1500 series truck is going to weigh in some cases.

This definitely isn’t the first time that we’ve seen somebody take an old big body car and make it go fast but every time that we see one of these machines in action, we can’t help but be absolutely amazed. Drag racing was absolutely the last thing on anybody’s mind when they saw this car come out. However, when a gear head like us got their hands on this particular Lincoln, taking it down the quarter mile was what they had in mind.

In order to find the quickest pass possible, this Lincoln Continental is paired with a big block Ford from Mark’s Machine Shop in Beaumont, TX. It also makes use of a C6 transmission from Broader Performance in Weatherford, TX.

The fun part, though, is that there are no power adders on board.

That’s right, the combination is all-motor and still manages to power the massive boat of a car to a 10.96-second pass at the quarter mile to the tune of 126 mph. That clip can be seen below. Better yet, one of the most recent videos on the channel didn’t have the car lighting up the scoreboard but did promise that the machine managed to “Knock a tenth off.”

We have to say that something like this is rather impressive especially without the use of nitrous or forced induction. If you want to talk about a machine that could really stand to win its driver some money in a grudge race, this is that car.

« Do the Dumbest Truck/Car Products on Wish Live up to the Hype?