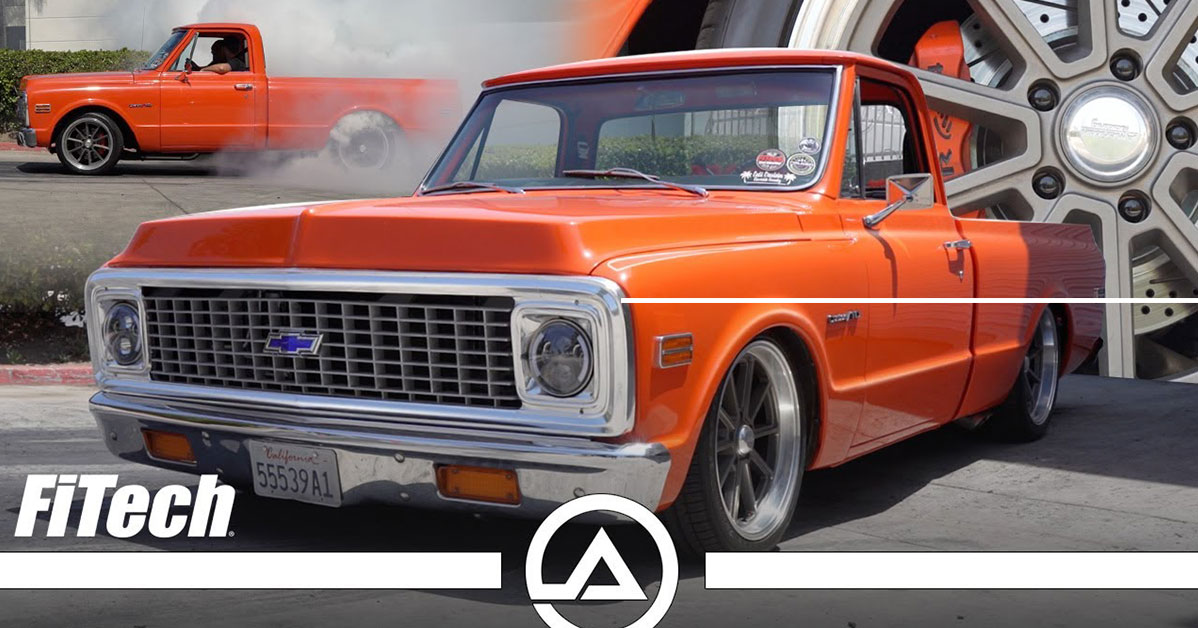 Way back in its heyday, the 1972 Chevrolet C10 was a machine built with pretty much one purpose in mind. Chevrolet, at that time, was producing pickup trucks to be workhorses. They weren’t very fancy and didn’t have very many features but they were built to be reliable and help carry around as much cargo as possible.

Fast forward to 2022 and we would think that the folks who designed these things would be absolutely shocked to see what has become of their creation. The Chevrolet C10 has become one of the most popular platforms in all of hot rodding and has seen a variety of different engines shoved under the hood.

The most popular C10 creation has to be the one and only Farmtruck, the competitor on Street Outlaws that makes use of a ratty old bright orange C10 that doesn’t look like much but really throws down in a straight line.

This time, we check in with the truck whose color definitely made us think of Farmtruck. However, this truck is anything but ratty. Instead, the machine is so clean from top to bottom that one could definitely eat off of it.

The truck that serves as a test mule for FiTech is fitted with all sorts of goodies including a 500 hp 400 ci engine, airbag suspension, and a built 4L65 transmission among all sorts of other goodies.

In the video below from AutotopiaLA, we also find this thing just isn’t a looker. Instead, its owner chooses to absolutely beat on his rig and drive it hard.

Don’t get me wrong – I know that there is a good reason why a lot of people who build machines like this want to take it easy on them. It’s expensive and definitely takes a lot of work. However, it’s also pretty awesome to see such an amazing truck driven as it was built to be driven.

« Farmtruck Gets a New Motor and Goes Fishing – Flashback!