This Hellcat Swapped Power Wagon Might be the Coolest Swap Ever 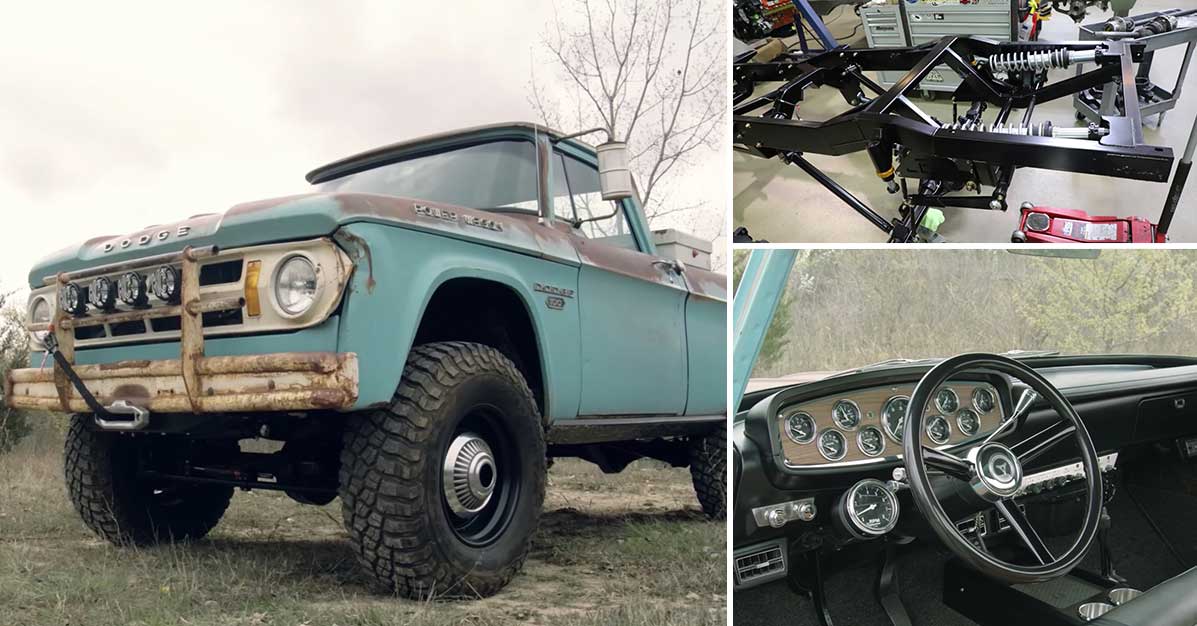 There is something to be said about someone who can take modern components and stuff them into an old-school ride and make it look clean, almost like it was supposed to come that way from the factory. At the end of the day, it seems like, with many of these builds, the goal is to make the end result looks as factory as possible. It’s truly an art to be able to take a modern engine and stuff it into an old classic with a little bit of a patina and make it look like it was born to be there.

In the world of this old school Dodge Power Wagon, that’s precisely what the goal was. The truck itself is pretty old and definitely has seen its fair share of weathering. However, after we get past the body, literally everything underneath is new. At the heart of the operation, we find late model Hellcat power which delivers over 700 hp to this old-school truck. The cool thing is that nobody would know the difference if they saw this thing casually strolling down the highway. Once that throttle cracks open, though, we’re sure that the scream from under the hood would give it away.

This build by RoadsterShop is said to have been constructed with the concepts of being easy to service, reliable, and tame on the street until the driver really wants to open it up. When all is said and done, it comes together with a package that looks like it’s an absolute blast to hop behind the wheel of.

Down in the video below, we get the build overview and the complete tour of exactly what it is that makes this truck special. Needless to say, there simply aren’t too many others that you’ll find like this on the streets.

« The “Ron Beer” Might be the Most Ingenious Lawnmower Ever Built