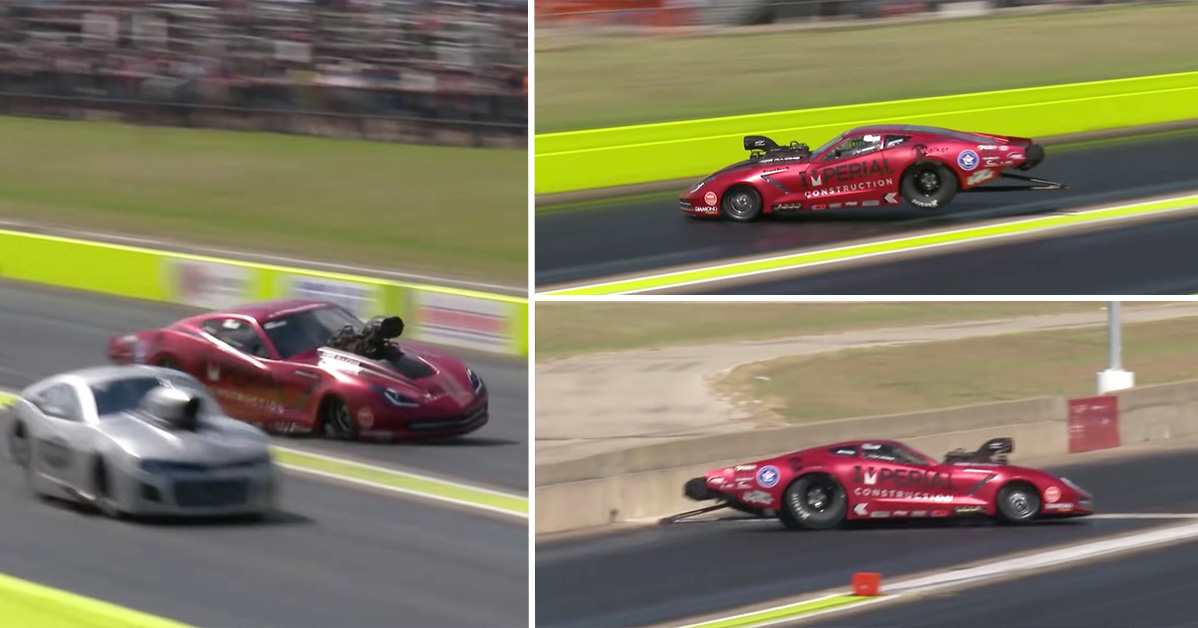 When drivers behind the wheel of a Pro Mod make their way down the lanes in NHRA competition, we never know what is truly going to happen. At the end of the day, it’s kind of hard to predict how the outcome of putting thousands of horsepower to the ground is going to go.

There are plenty of situations where we see close races at high speeds. If all goes according to plan, these cars will rocket their way to 200 mph as they go door to door with the aim of being top dog.

However, as many NHRA fans will tell you, every once in a while, things just simply don’t go as according to plan. This is where the theatrics really begin as we see explosions and accidents just waiting to happen. With that many moving parts under so much stress, it’s only a matter of time before something has to give.

This time, we check in at the Texas Fall Nationals with a Pro Mod driver by the name of Jeff Jones. This run would begin like many others. However, as Jones got deeper into the pass, he would quickly end up in trouble.

There aren’t very many who know what it’s like to go sideways in the middle of a pass where you’re racing at hundreds of miles per hour. However, Jones would experience quite that feeling in Texas. What we have noticed about situations like these is that it is very rare that a car makes it out of such a situation without any damage.

Fortunately, Jones ended up doing just the right thing as his car would spin around several times. We can’t quite tell if it’s more luck or talent but Jones managed to keep the car out of the wall which seems to be an act of a higher power in of itself.

Down in the video below, we tune in with the NHRA as they deliver us this incredible moment where one racing team got about as lucky as one can get after ending up in a crazy spin like this.