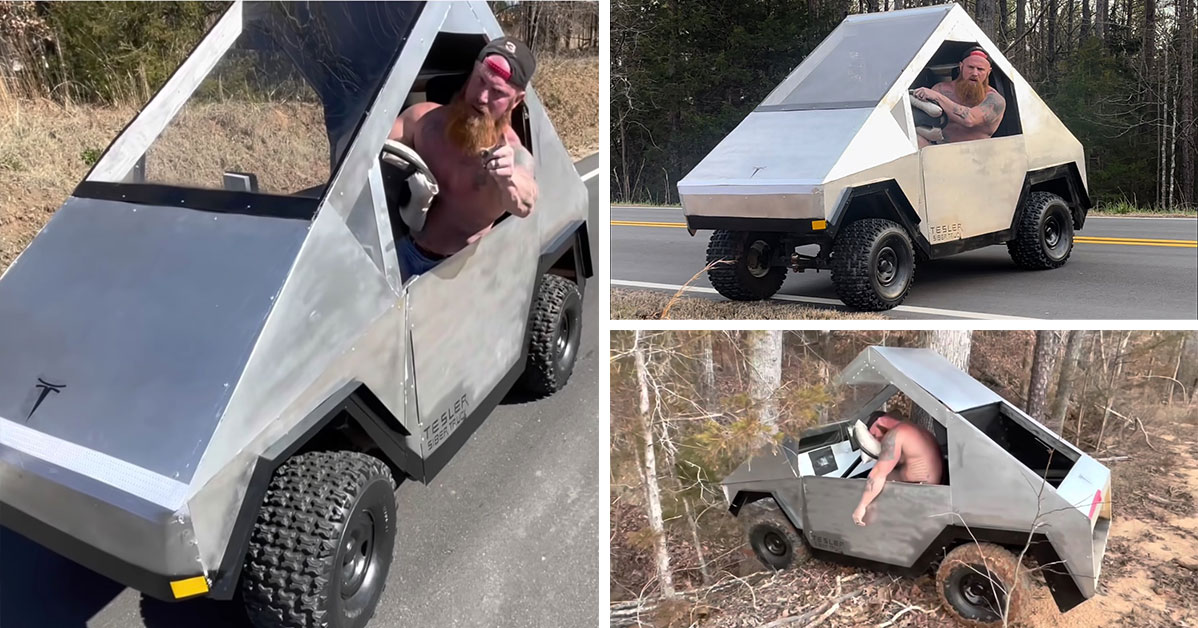 Tesla enthusiasts have been waiting for quite some time to see exactly what the Tesla Cybertruck is going to bring to the table when it finally does hit the market. The machine was unveiled over a year ago and even though deposits have been taken, we’re still not quite sure when it will show its face on public streets.

Even though the real deal has been pushed back several times, some folks have taken it into their own hands to make their very own version of the highly anticipated model.

While it doesn’t look like we’re going to see the real deal anytime soon, folks like Ginger Billy have decided to go out there and do the work that Elon Musk apparently hasn’t had quite enough time to wrap up yet. In this particular video, we check in with this creator’s artistic and comedic rendition of the Tesla Cybertryck that has a little bit of redneck flair to it. Let’s just say that this thing is pretty sharp, quite literally, and bears a striking resemblance to the truck that Tesla has promised should be coming out at some point in the near future.

By tuning in down in the video below, we promise that you’ll be laughing pretty hard as this comedian has taken it upon himself to create the ultimate Cybertruck replica on a little bit smaller scale. While it might not be the real deal, we would say that there’s a lot of upside in checking in with this garage-built masterpiece.

In a day and age where things seem to be way too serious, a spoof like this definitely is something that is very much needed. Shout out to Ginger Billy for making some of these hilarious videos for us to sink our teeth into.