by Jesse Kleib | May 25, 2021
boaterBoatingtiktokviral

I’m not sure if you’re in the same boat as me yet… No pun intended, but it really seems like TikTok is beginning to take over a massive part of my scrolling activity.

Some of the craziest videos that we come across are posted to the video-sharing social media app.

We aren’t necessarily sure that we would try everything that we see in TikTok videos nor would we recommend trying it yourself. However, to say that we have come across some pretty wild encounters would be an absolute understatement.

This time, we take a dive into one of the crazier videos floating around on the app from a user by the name of samuelsynstelien9.

In this particular situation, we find a couple of boaters who were apparently concerned about a whale that they had come across. Now, finding a whale in and of itself is a pretty crazy situation to find yourself in. However, these individuals decided that it would be best to jump into the water with a massive animal, potentially cutting away something that was restricting the whale. From the commentary, it sounds as if the boaters were concerned that the whale would die if no action was taken.

We didn’t get a confirmation of what the exact story was. However, from the way things appear, we would think that the whale was trapped in some sort of rope or net. One of these brave boaters took it upon himself to jump into the water, hopping on the back of the animal and cutting the rope free.

This guy must’ve been super dedicated to preserving nature because that’s something that not many people are going to be willing to do.

One scroll through the comments would lead to another TikTok user alerting the video uploader that what was happening in the video was illegal and could harm the whale. Upon some poking around, there is a pretty thick stack of legislation regarding whale watching that says that in some areas, it’s illegal to be within a certain number of feet of a whale. However, in this case, we would say that if the whale was saved, it’s a net positive in our book!

@samuelsynstelien9Me in the water, my best friend driving the boat. That time we saved a whale.♬ Oh No, Oh No, Oh No No No Song – Tiktok Remix – Tik tok 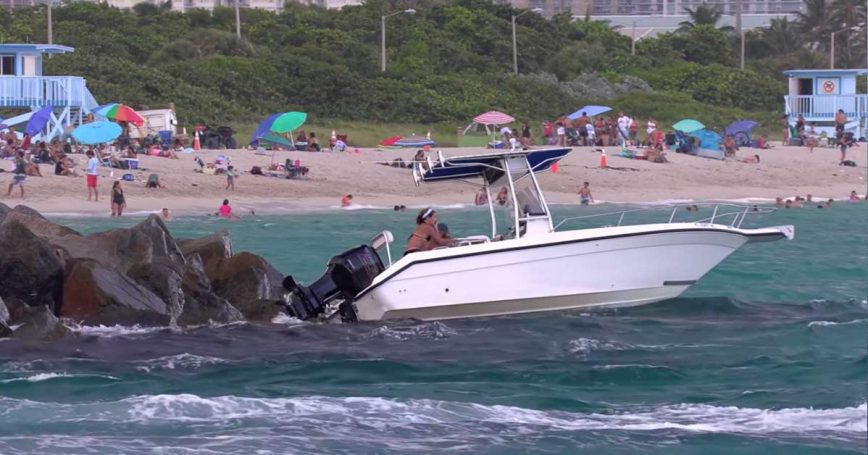