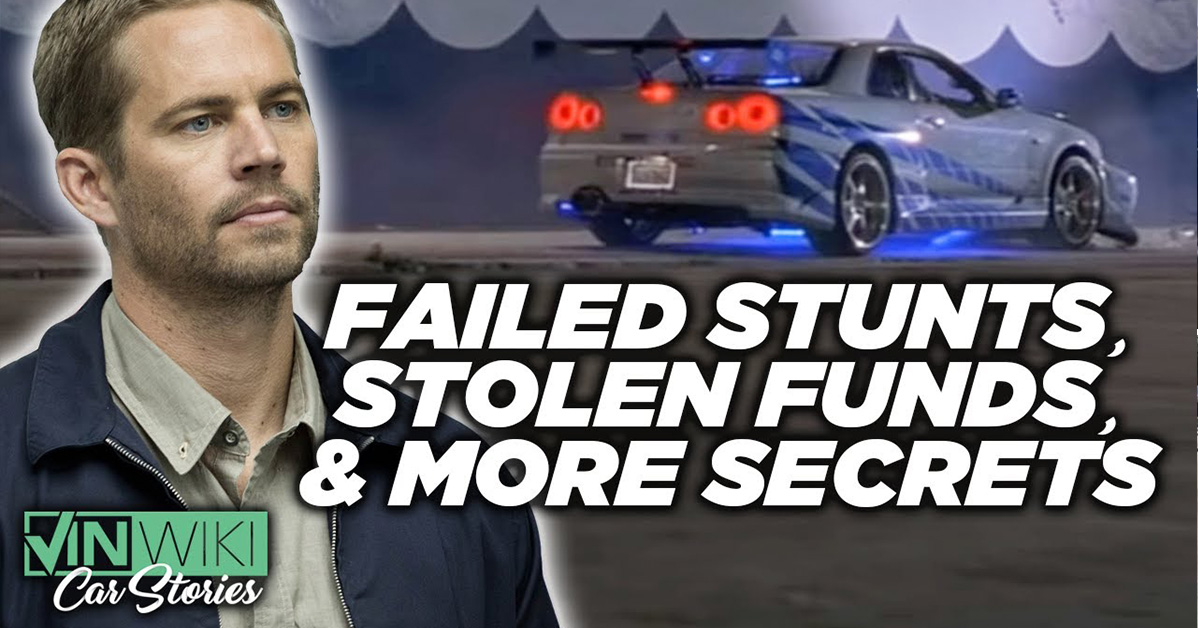 We are fairly certain that over the years, the Fast & Furious franchise has a ton of stories from behind the scenes that fans would love to hear. After all, we have spent the last two decades getting treated to nine installments of the Fast saga.

Thankfully, with YouTube channels like that of Craig Lieberman, we’re able to get a little bit of an inside scoop on the films, how they were made, and what it was like working with some of our favorite actors. Lieberman was responsible for advising the team about what cars to select for the early films along with getting the technical details correct.

This time, Lieberman join forces with VINwiki to tell a story about the late, great Paul Walker and how exactly it was that he would end up being a part of the effort that dealt a good amount of damage to a $1 million R34 Nissan Skyline.

From what we understand, apparently, the director of the film, John Singleton, liked actors to improvise on set. Because of that, Walker had convinced him that he could do a little bit of his own stunt work. One thing leads to another and, well, we will let Lieberman tell you more details that really bring the story to life.

By following along with the video below, we get to add another layer of the story that has been coming together over on Lieberman’s channel. With each and every one of these anecdotes, we can’t help but get a little bit of a wave of nostalgia and even more appreciation for these films that have proven to be a staple in the movie library of all sorts of automotive aficionados for the past two decades.

I mean, who doesn’t like to hear a good Paul Walker story from behind the scenes?