Towing Wins and Fails Show us Just How WRONG Towing Can Possibly Go! 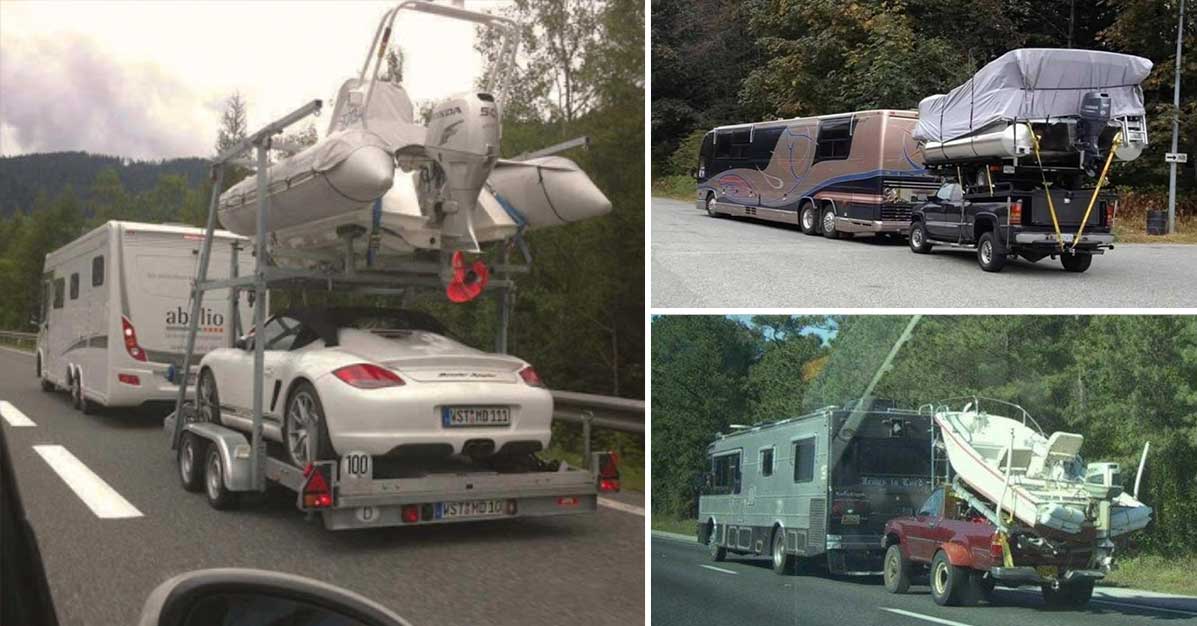 When we really get into it, it’s kind of clear that the ability to properly tow a heavy load is a little bit of an art form. At the very least, we think that it’s pretty apparent that this is something that’s incredibly easy to mess up if you’re not careful about what you’re doing. At the end of the day, we have seen some pretty insane situations unfold where the cargo in question was rather expensive and ended up undergoing some excruciating damage.

This time, we check in with a compilation that’s a little bit of a throwback. Granted that this video dates all the way to 2014, it has some pretty juicy moments inside. Not only are we taking a look at the fails in this one but we’re taking a look at some wins as well. There are some situations where people seem to have engineered their setup in order to be able to accomplish things that nobody thought possible. Although, we have to say that, for as genius as some of these wins are, though, the fails are equally as epic in the opposite direction.

We know that just about everybody has had a day where they’ve woken up, accomplished a couple of things, and realized that maybe they should’ve stayed in bed that day. However, after these moments were marked in time, they couldn’t be reversed. Instead, we look at some pretty epic losses and big-time damage happening.

By following along with the video below, we get to check in with the situation that takes something as simple as towing and shows us that maybe it’s not all that simple after all. This might even serve as a pretty good example of what exactly you shouldn’t do the next time that you go to strap down something on your trailer!