Trailer Racing is EXACTLY as Catastrophic as it Sounds 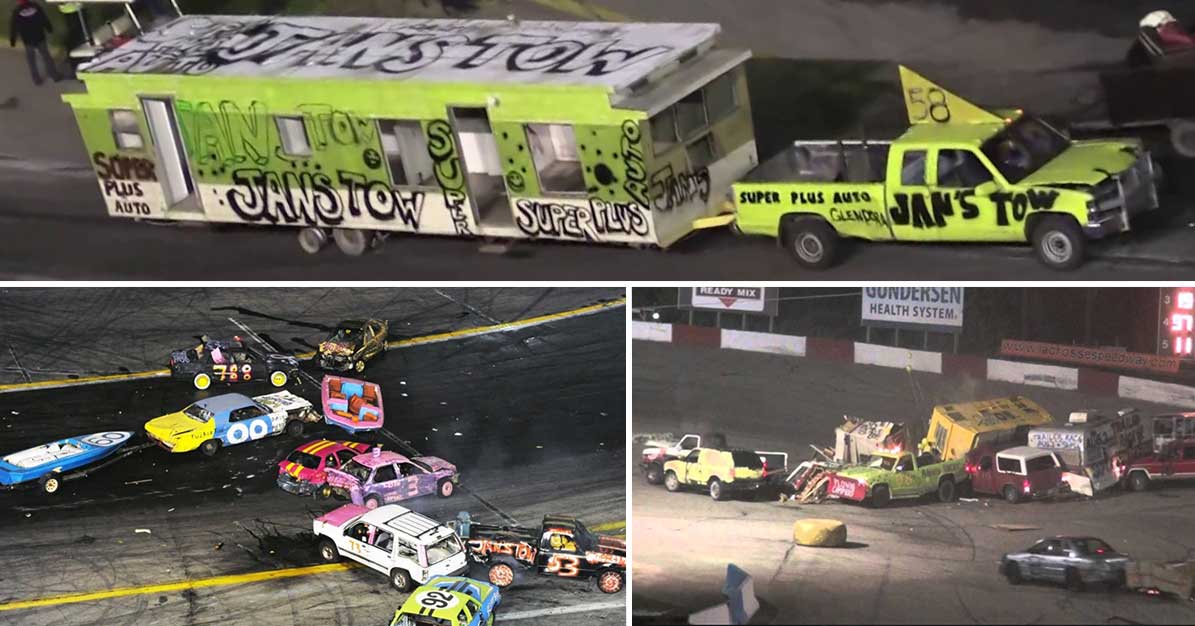 In the name of making motorsports more interesting or different, there have been a lot of people who have tried out obscure things. Some of these concepts have caught on very quickly and become incredibly successful. If we stop and think about it, the art of no-prep drag racing, for example, has only been around a couple of years and has quickly risen to become one of the most popular drag racing formats that there is.

On the other hand, though, there are other formats that seem to be either purely for fun or experiments that downright failed.

We think that this particular experiment falls into the former category. while there’s lots of destruction everywhere we wouldn’t necessarily call this one a fail because it’s incredibly fun to watch and we’re sure that the people behind the wheel are having a blast as well.

The concept of hand this time is none other than trailer racing. Let’s just say that this is exactly like it sounds. The whole idea is to put a bunch of competitors on the track while pulling a trailer behind a vehicle. Some of these trailers are empty. Others are campers and some even have boats or jet skis involved in the mix as well.

By following along down below, we get the full scoop on how exactly this night of destruction ended up going. When watching this one, I can’t help but wonder how exactly I would approach a race like this. While it isn’t the fastest thing we’ve ever seen or the most productive, we can’t help but want to get behind the wheel of one of these things and just have at it. It definitely seems like a way to take out a little bit of frustration in the process as crashing seems to be more than welcome.

« Clarkson, Hammond, and May Cheating Compilation Reminds us Why we Love Them