Truck Gets Stolen, Woman is Shocked at the Contents When She Gets it Back 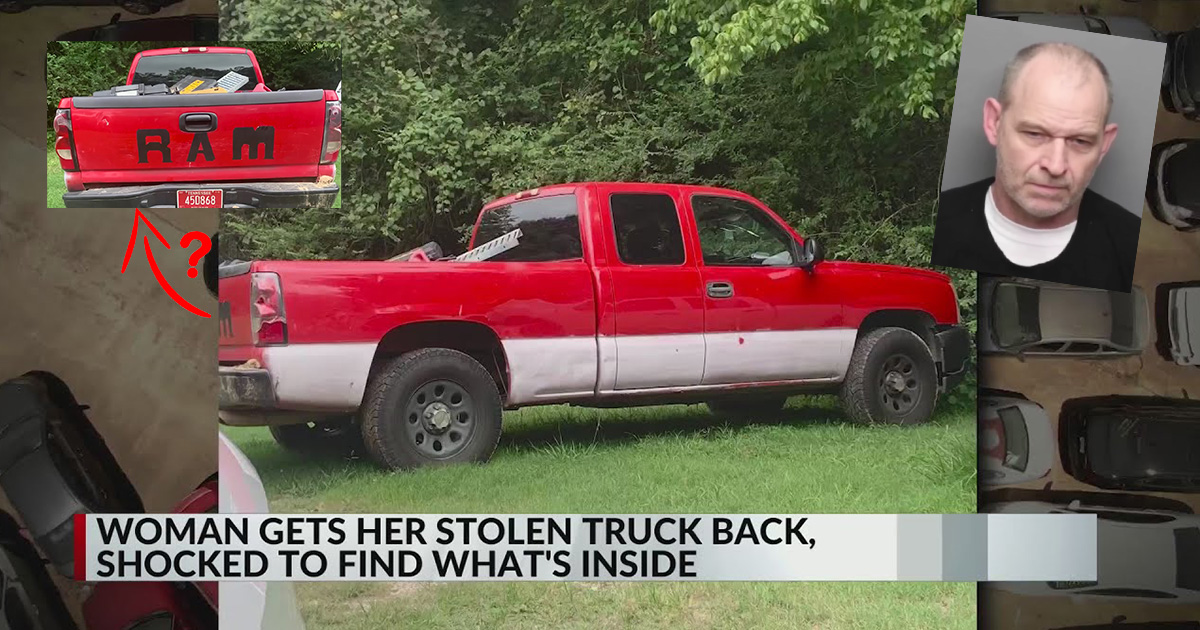 One of the uncomfortable things that happen to someone who is the victim of a stolen vehicle is that they really never know what’s going to happen to their car or truck. Sure, they know that it’s stolen and potentially headed to a chop shop but beyond the fact that they no longer have it in their possession, they don’t know who took it or what role it’s going to play on this earth. It’s kind of creepy that someone could steal your vehicle and go out in the world committing crimes in it.

This time, we ride along with the story of a red Chevrolet Silverado that was stolen and stumbled its way into what seems like a much bigger story than the theft itself.

Of course, the owner had to deal with the condition that the criminals left the truck in. Not only did it seem like the truck was in rough shape after it had been modified, presumably to conceal its true identity, but the thieves also left a lot behind the inside of the vehicle as well.

There was lots of junk in the bed as well as piles of stuff inside the cab as well. While most of it seemed to be trash, one item, in particular, seem to stand out – a girl’s backpack with a pair of laptops and credit cards inside. It even had several IDs and even a Social Security card. It just so happened at the Social Security card belonged to an individual who had been arrested for human trafficking which is when the story took a twist.

Below, WREG News Channel 3 digs into the details to explain what somebody has to do when put in such a situation.

« What ACTUALLY Happened to the Cast Of Inside West Coast Customs!? Where Is Ryan Friedlinghaus Now?