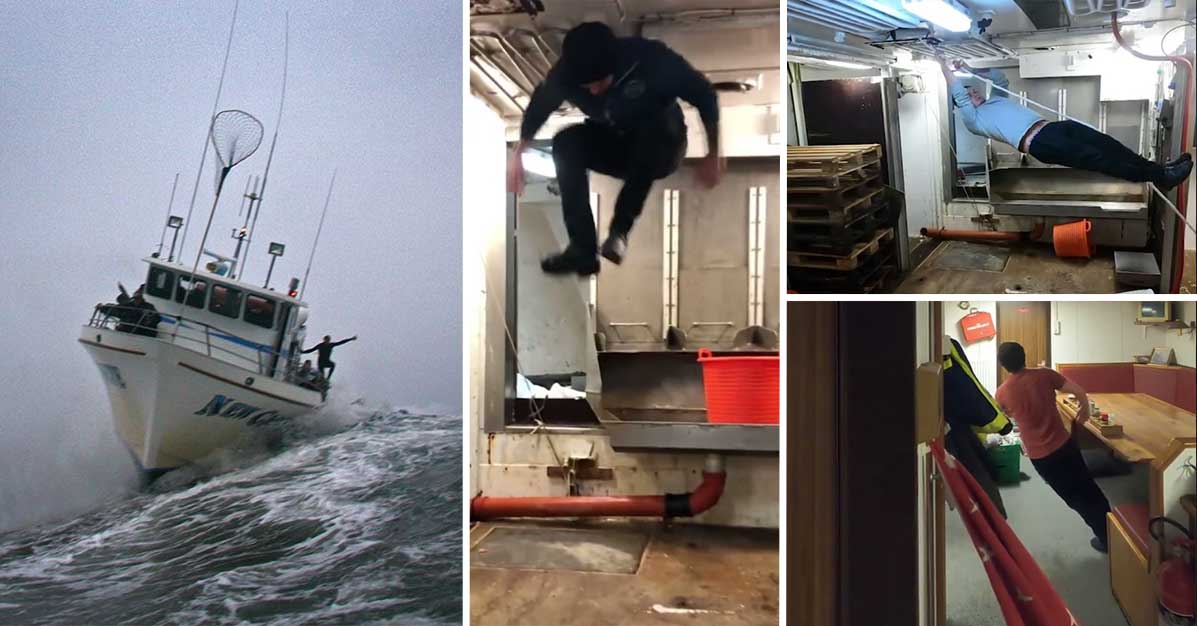 Those who have never been aboard a boat before, they may not be familiar with the concept of gaining your sea legs. Basically, sea legs are a reaction that one will get to the rocking of a boat. After you’ve been around the block enough times, eventually, maybe you’ll be able to stand upright without grabbing on to absolutely everything.

However, we have to say that in some situations, no matter how many times you’ve been aboard a boat in violent seas, being able to stand upright just isn’t possible. Now, this violent rocking is something that we thought mostly happened on smaller vessels that could easily be tossed around by the water. However, what we didn’t consider was the fact that this is happening inside of bigger vessels every single day as well.

Naturally, this isn’t something that we’re going to get to see all that often. However, when somebody decided to make a compilation of people slipping, falling, and super jumping inside of big vessels that are dealing with some rough seas, we couldn’t help but tune in to watch. It’s rather interesting to see how these folks end up battling the situation at hand especially when the scene in question seems to kind of defy physics a little bit.

It’s actually a little bit rough to wrap our minds around when gravity seemingly changes directions at a moment’s notice. Apparently, it’s pretty tough to deal with as well as some of these guys end up going for quite the slide. At this point, we would most likely guess that these deckhands are probably pretty used to the volatile situations that pop up as they take a spill every now and then.

By following along with the video below, we get to see the behind-the-scenes that most folks don’t really get to dial into all that often.