There is a sweet sense of nostalgia that we get from a variety of old-school rides. ...

There is a sweet sense of nostalgia that we get from a variety of old-school rides. Even for someone who wasn’t around when these things were new, we get a strong sense of what the era must’ve been like. From pickup trucks to SUVs and muscle cars, there are all sorts of different machines that can really make us wish that it was a certain decade again. With that, this time, we check out a pretty gnarly Chevrolet Suburban that looks like it was pulled straight from the 80s.

Well, at least the body was pulled from a time before cell phones existed.

The rest of the truck, though, has undergone quite an overhaul that includes a little bit of everything. From the suspension to the wheels and tires, this truck has been brought into the modern era in a big way. In fact, with this video, our host, Lacey Blair, even takes the time to explain how it went from some bigger wheels back to a smaller retro-style wheel with the big bogger tires.

What’s most interesting about this truck, though, isn’t necessarily the appearance even though it looks pretty awesome. Instead, what’s under the hood is the thing that seems to spark our interest the most. Instead of a tired old version of a v8 that this SUV probably had, it has been replaced with a more modern power plant. Under the hood, we find a 12 valve Cummins diesel engine that not only makes this truck a little bit more interesting but a lot more efficient as well.

Following along with the video below, we get the complete tour of this SUV and what it is that makes it so special. Back when this old-school Suburban rolled off of the lot, we’re not sure that anybody had anticipated that it would end up quite like this. 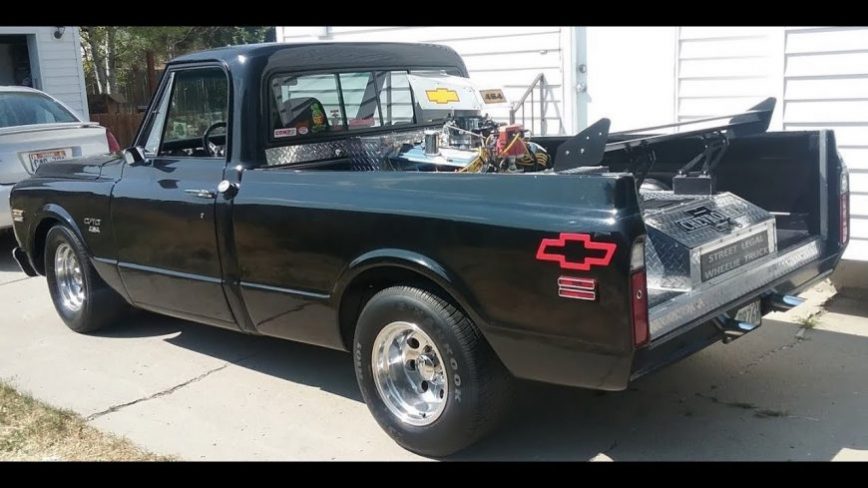