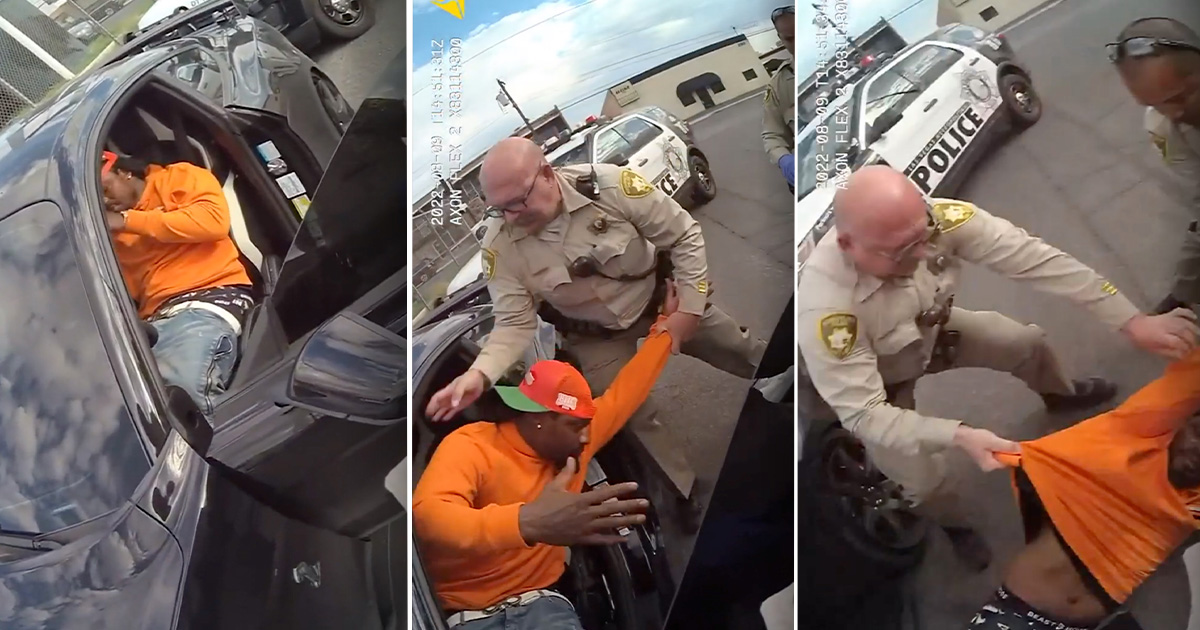 Video footage has recently been released that shows NFL Legend, Marshawn Lynch, passed out behind the wheel of a Ford Mustang GT500.

On August 9th, 2022 Lynch was arrested by Las Vegas PD and booked for several charges including DUI.

In the video, we see Marshawn behind the wheel of the GT500 that has clearly been through a beating so bad that the front wheel is absolutely destroyed and no tire is present. We also see that the car has a flat rear tire on the driver’s side as well. Lynch is seen in the video refusing to cooperate with police when asked to get out of the vehicle to the point that they forcibly had to remove the former Raiders, Seahawks, and Buffalo Bills running back from the car.

You can tell that something is amiss when one middle-aged police officer is able to easily take down a man who made a career out of blasting through 300-lb super athletes who couldn’t get him to the ground.

The 36-year-old’s attorneys, Richard A. Schonfeld and David Z. Chesnoff, released a statement on the matter Thursday afternoon saying, “Marshawn was not pulled over for a DUI. Rather the vehicle was safely parked and not in operation. We are confident that when all evidence is presented, this will not be a DUI under Nevada law. Marshawn appreciates and is thankful for everyone’s concern and support.”

The clip can be seen below from the point of view of police body cameras. While Marshawn’s attorneys might be correct in the fact that technically the incident might not qualify due to the officers’ timing, it does appear as if the NFL icon did have himself a good time at some point prior to the incident. Oh yeah and we’re rather shocked that the car didn’t take on more damage after one look at those ragged wheels.

« James May Hospitalized After Stunt Goes Wrong at 75 MPH