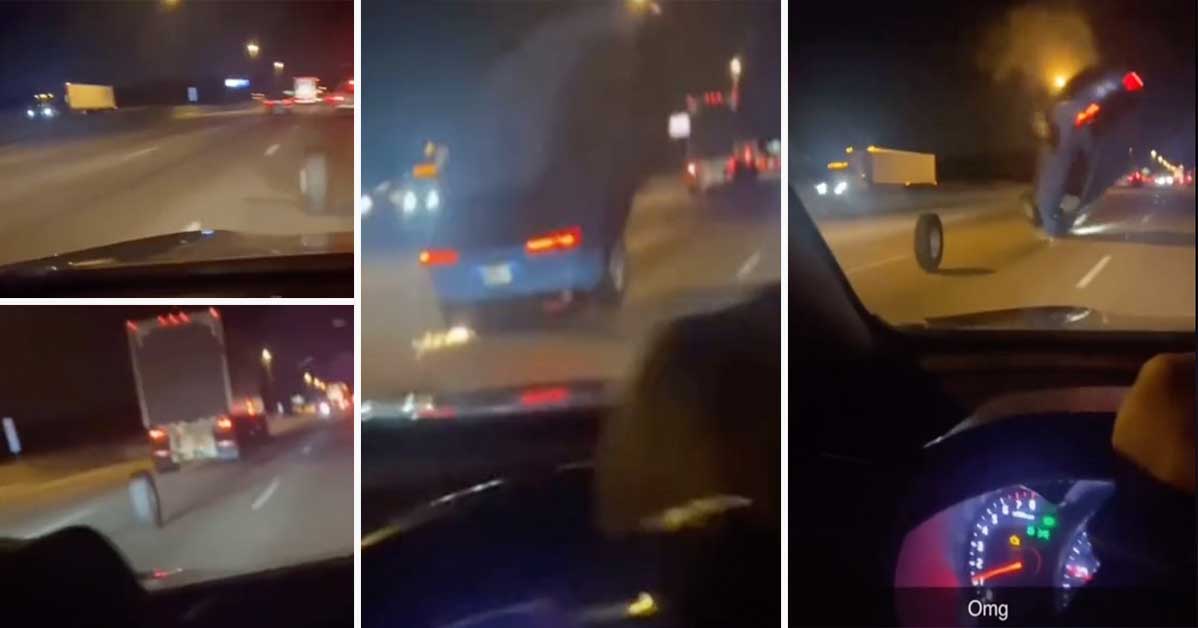 There are a lot of crazy things that happen out on public roadways. With the help of dashcams, a lot of these instances have been able to be captured and subsequently shared to the web. This time, the situation wasn’t shared with the help of a dashcam but instead somebody who was quick with their phone to pull it out and start recording.

When the occupants of a car were rolling down the highway, they noticed a tire without a vehicle making its way down one of the lanes. The passenger was quick to pull out a camera. However, we aren’t sure that in a million years, anybody expected what was coming next.

It would be reasonable to expect that maybe a backup might occur as perhaps someone would stop to get out and grab the tire. It’s only natural to want to move something out of the roadway so that other motorists don’t end up running into it. However, in quick order, another vehicle would end up running into the spinning tire and again, things got a little bit weird.

Normally, a car running into a rogue wheel and tire would probably yield a little bit of damage. Maybe it would even destroy a bumper and bounce into the air, taking out a windshield as well. Don’t get us wrong, it can be incredibly dangerous but we wouldn’t expect it to total an entire vehicle at low speed.

This time, though, we watch the unexpected come to life. In a situation that is very real but looks much more like a science-fiction movie, the SUV defies the odds, running into the wheel before rolling over entirely. Fortunately, a video exists of this incident otherwise, we aren’t too sure that the insurance company would believe it.

Below, we see the clip as uploaded to TikTok by a user with the name of thekidfrankie420.