Decades ago, we would see the space race unfold to figure out just which world ...

Decades ago, we would see the space race unfold to figure out just which world superpower would be able to explore the great unknown more quickly. All of these years later and we’re sure some valuable information was gained from the original space race but honestly, we really haven’t made all that much progress since then. Aside from a Mars update here and there, things have been quiet.

Looking forward, with a much bigger presence from private entities, it would appear as if maybe our exploration into space could really take a massive leap soon.

As far as how exactly that looks in the year 2021, we have yet another space race that is unfolding and it’s not country versus country. Instead, it looks like Richard Branson, the founder of the Virgin Group, and Jeff Bezos, the founder of Amazon, are about to take flight. Elon Musk should probably be thrown in the mix somewhere as well but it doesn’t seem as if he’s pushing to be the first billionaire entrepreneur to fly into space even though his SpaceX program is making great strides as well.

Things are really taking off, no pun intended, as a Virgin Galactic has been given the green light by the FFA to take customers on their flights. Early rumors had the founder, Branson, attempting to take off in the Virgin Galactic VSS Unity on July 4th weekend. Other reports believe that the date is more likely to be a week or two later, though.

Meanwhile, Bezos and a bidder who paid the sum of $28 million will be taking off with Bezos’s Blue Origin space program on July 20th.

Up until now, it might’ve been a little bit difficult to picture exactly what this flight is going to look like. Down below, though, we get to ride along with Virgin Galactic as it completed its first-ever space flight from New Mexico. The spacecraft pictured in the video is the company’s only operational unit and turnaround time will be key if Branson wants to be first in this space race.

At the end of the day, we just aren’t really sure if these guys take being first as seriously as the media following the situation does. However, we get a strong feeling that a man like Jeff Bezos doesn’t take too kindly to coming in second in anything.

Amazon Owner, Jeff Bezos Confirms he Will be on First Manned Space Flight From "Blue Origin" Next Month 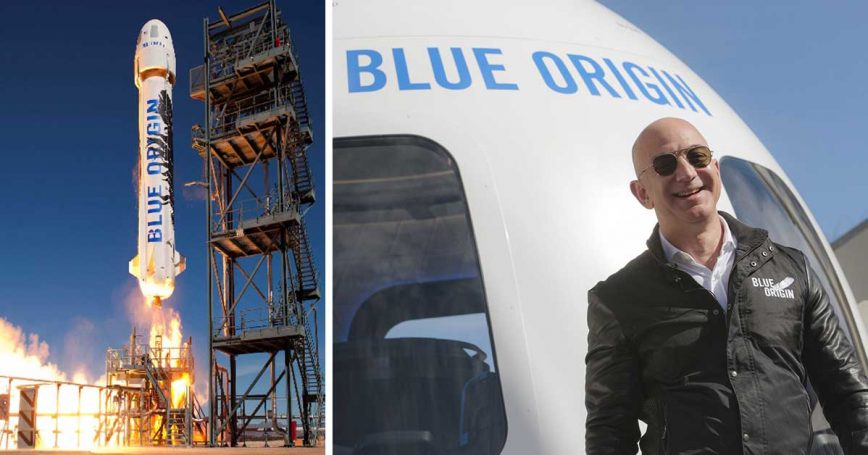