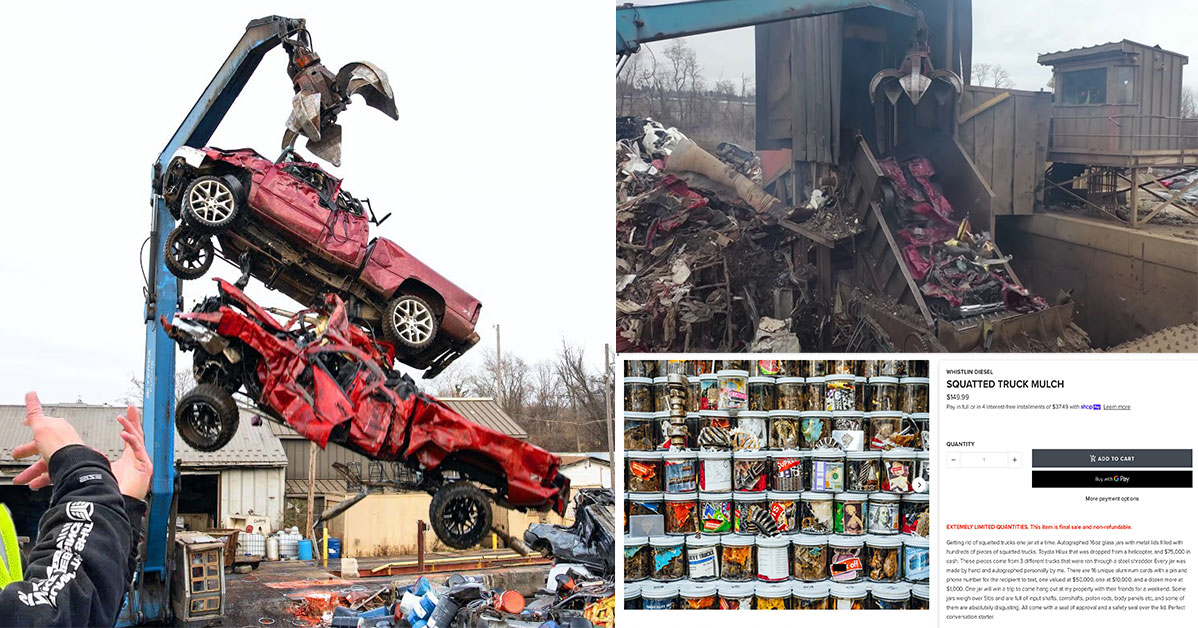 Whelp, ol WhistlinDiesel is at it again! It seems as if his disdain for squatted trucks only continues to grow. Unlike most people who can’t stand the ridiculous trend, he’s actually doing something about it.

This modification that is anything but functional has definitely caught the attention of pretty much every enthusiast group that there is. When we say “caught the attention of,” we aren’t talking about in a positive way, either. Instead, the squatted truck community gets constant jokes from just about every single angle. In fact, we might go so far as saying that the only group of folks who think the trend is cool are the ones who have done it.

In any case, popular YouTube creator, WhistlinDiesel took it upon himself to go out and single-handedly try to exterminate the squatted truck community to the best of his ability. We have seen these things go down in flames on his channel before but this is an all-new level.

With that, we tune in with the video below that showcases WD taking squatted trucks and introducing them to an industrial steel shredder. Not only that but he has also taken the shredded components and put them in jars that he’s selling.

You might just be asking yourself why you’d want a jar filled with components from someone’s death trap. Well, not only do some of the jars have insane amounts of cash in them with one as high as $50,000. The proceeds from the sale are going to go toward exterminating all of the squatted trucks that this creator can get his hands on.

The effort to make squatted trucks go extinct seems like one that creates an uphill battle. However, if there’s one guy who we think could get it done, it’s probably WhistlinDiesel. From what we have seen, he’s really the go big or go home type.