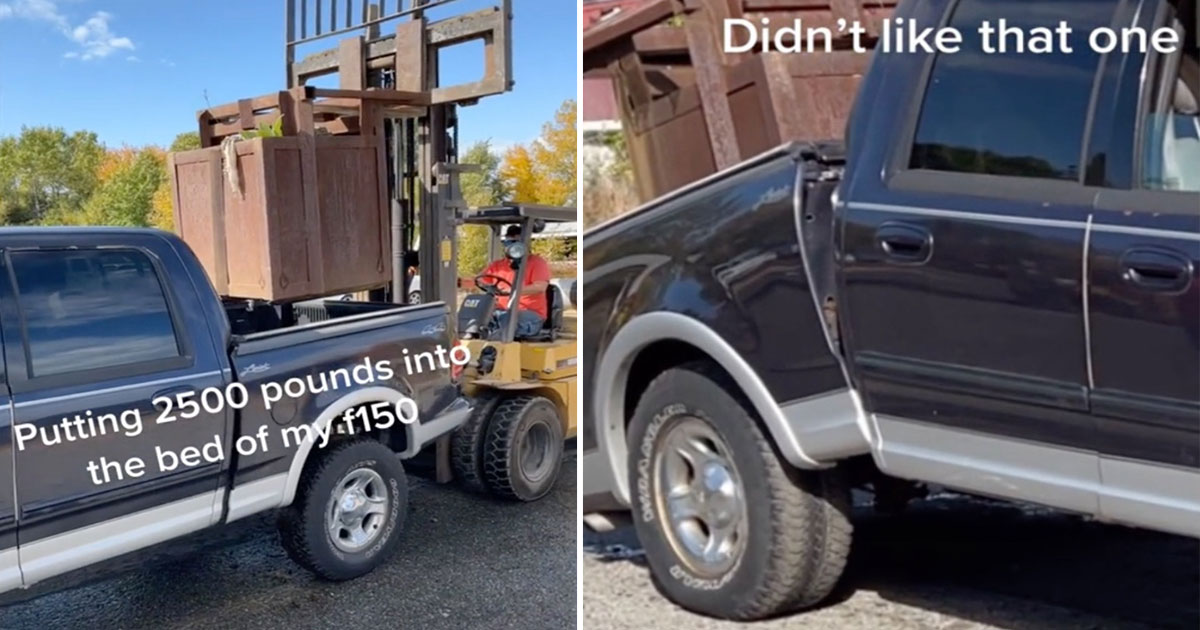 Have you ever wondered just how much the bed of your old pickup truck could handle? I’m sure that tons of truck owners have tested this limit out time and time again as they attempt to make the most of their utility vehicles. Hopefully, finding the maximum capacity is something that most truck owners never do because the results could be pretty dire.

While scrolling TikTok, many users stumbled across a video of an old-school Ford F-150 that found that limit. The truck is being loaded with what the caption claims to be about 2500 pounds, a payload that actually isn’t too ridiculous depending on the year and combination of the truck. After checking in with the official spec sheets, with a browse of the forums, owners of these things went back and forth but seemed to generally confirm that hauling 2500 pounds in the bed isn’t out of the realm of possibility for an old Ford like this one.

That’s actually pretty impressive as 2500 pounds is about the weight of a small car or maybe even two of them if we’re talking about old-school Volkswagen Beetle.

Unfortunately for this truck, though, it would meet a dark fate. When the load was lowered into the back, the truck just wasn’t having it. We’re going to go ahead and guess that this might’ve been a suspected outcome given that the uploader’s name is @bennybreaksit. We’re also going to take a jab in the dark and say that maybe there was a little bit of rust involved in this equation that had quite a shocking outcome.

Even though the scene might’ve possbily been a bit at the end of the day, there’s still a lesson to be learned here. If you’re experiencing a rust problem with your older vehicle, maybe take it easy with what you put in the bed.

« Breaking Down Why T-Tops Randomly Disappeared From Car Culture