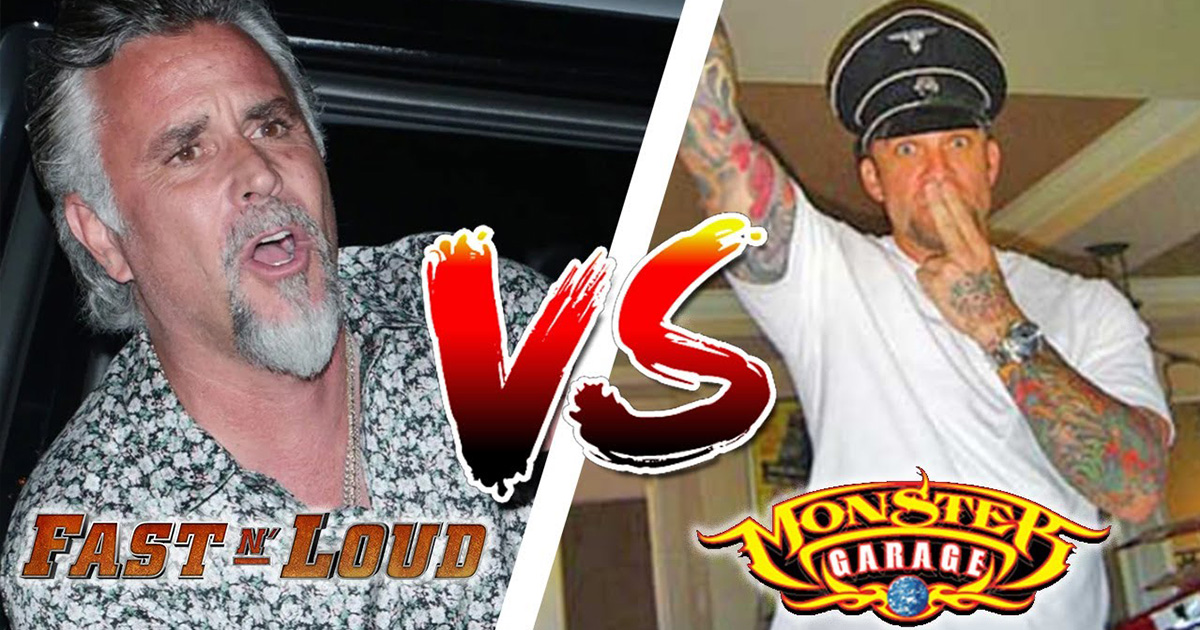 Over the years, reality television has shown us that it’s all about drama. Sometimes, this drama occurs naturally, and other times, maybe the writers get a little bit creative to help push the show along a little bit. In some reality television situations, the presence of writers is more obvious than in others. However, one conflict that seemed very real to many viewers is that between Fast N’ Loud’s Richard Rawlings and famed motorcycle builder, Jesse James.

So, was this beef made for TV, or was it a real situation where maybe some running of the lips got a little bit too heated?

This time, we ride along with a video from Tuna No Crust that outlines the situation and builds the story of how it all came to be. The plot here explains how both of these individuals rose to fame in adjacent industries and eventually ended up going head to head with one another. It also gives us a detailed rundown of one interview in particular where Richard Rawlings really seemed to be taking shots at James on several levels including personal relationships and shortcomings as a business owner. Sure, sometimes a public feud is good for business but some saw this interview as crossing the line.

Eventually, of course, as reality television always does, someone with a keen sense for drama took advantage of the situation, pitting the two head to head in a bike build-off competition. By following along with the video below, we get to take in all the drama and see how it all ended with this build-off that was designed to put the squabble to bed once and for all but maybe didn’t do such a great job of that.

At the end of the day, this might’ve ranked as one of the most entertaining feuds in automotive reality TV history.

« Shifting Gears With Aaron Kaufman Officially Ended After THIS Happened. Is Arclight Open In 2022?