Shifting Gears With Aaron Kaufman Officially Ended After THIS Happened. Is Arclight Open In 2022? 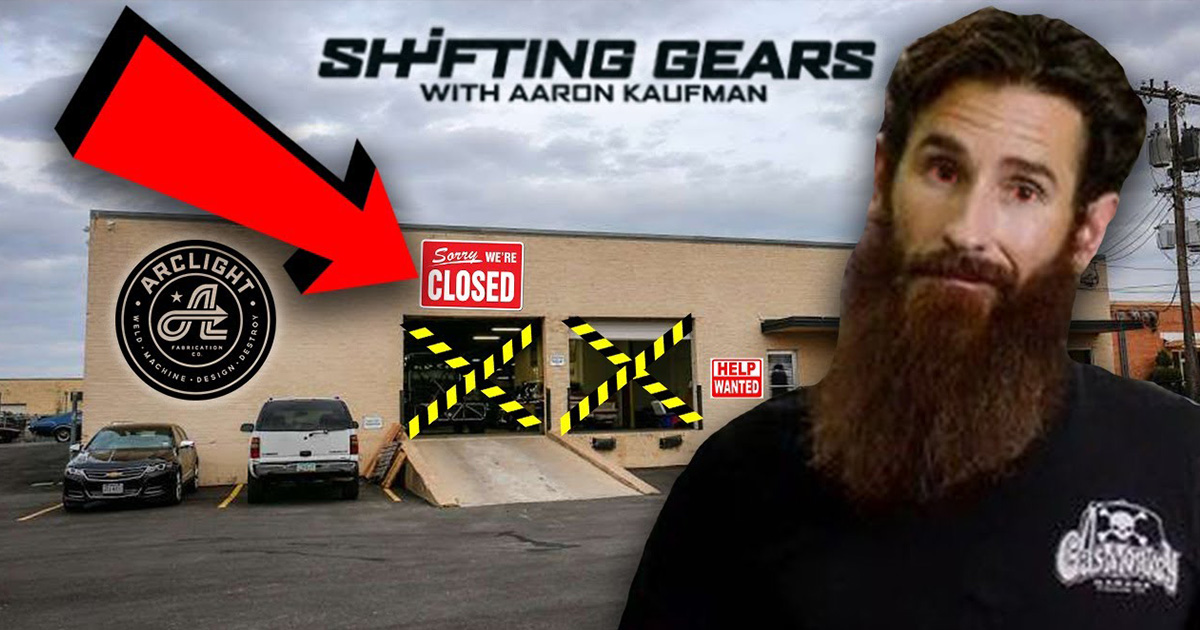 Most fans of Aaron Kaufman probably trace their fandom back to the fabricator’s Gas Monkey Garage days. When Kaufman was on the Fast N’ Loud television show, he was certainly a cornerstone and seen by most as the biggest part of the show outside of the shop’s owner, Richard Rawlings, himself. Some might even argue that Kaufman’s footprint was so big that he was responsible for a large part of what Gas Monkey Garage eventually became.

However, sometimes, good things aren’t meant to last forever. Back in 2017, headlines read about the breakup between Kaufman and Rawlings. At the time, some believed that there was a conflict between the two but later reports would come out to say that the real issue was a difference in creative vision and work style.

Following the breakup, Kaufman would go on to start his own thing, creating his very own shop at Arclight Fab and even getting his own television show, Shifting Gears With Aaron Kaufman.

This time, thanks to YouTube creator, Tuna No Crust, we dig into how exactly all of these events took place and what exactly happened to Kaufman’s own personal show and Arclight Fab.

As it turned out, for one reason or another, Shifting Gears wasn’t exactly something that would end up hanging around for one reason or another. However, Kaufman seems to have diversified his career in such a way that he probably didn’t lose too much sleep over the show going away. It’s reported that he might’ve even put the show down to dedicate more time to his personal life which might’ve been neglected with his hectic schedule.

The video below dives into the situation and even some other opportunities that have popped up along the way for Kaufman, giving us a better idea of where the entertainer finds himself in 2022.