Why the “Need for Speed” TV Show Was CANCELLED 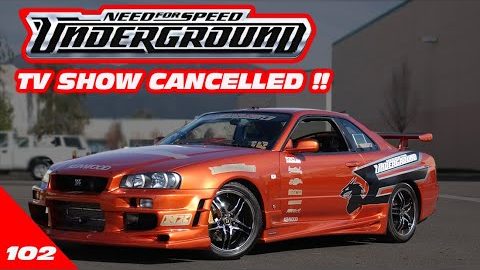 Back in our younger years, many car enthusiasts first started to get into the lifestyle through the use of lots of media that was around the time. In the early 2000s, television, movies, and video games were flooded with all sorts of different high-performance entertainment. Whether it was The Fast and the Furious or Need for Speed, tuner culture was absolutely booming.

Along with that, a ton of car fanatics that are in their 20s or maybe even a little bit older now recall spending countless hours behind a video game controller, trying to set their best lap time in Need for Speed Underground, a street racing video game that introduced plenty of us to the concept of street racing.

However, as we said, in that era of television shows like Pimp my Ride, car TV was a pretty crowded space and made it tough for even great shows to get their opportunity to air.

A potential Need for Speed TV show did offer quite an interesting package, though. Contestants on the show would be challenged to do everything from timed turbo installs all the way to a video game challenge and even a 60-second game show style challenge where contestants would be able to grab whatever performance parts that they could get their hands on.

However, when push came to shove, the show would never end up seeing the light of day. Down in the video below, we tune with Craig Lieberman as he explains to us exactly what happened and how the show was developed before eventually being dropped.

Does this sound like a show that you would have gotten into back in the early 2000s?

« Jetson One Personal Aircraft Flight Through the Forest (We Need One!)